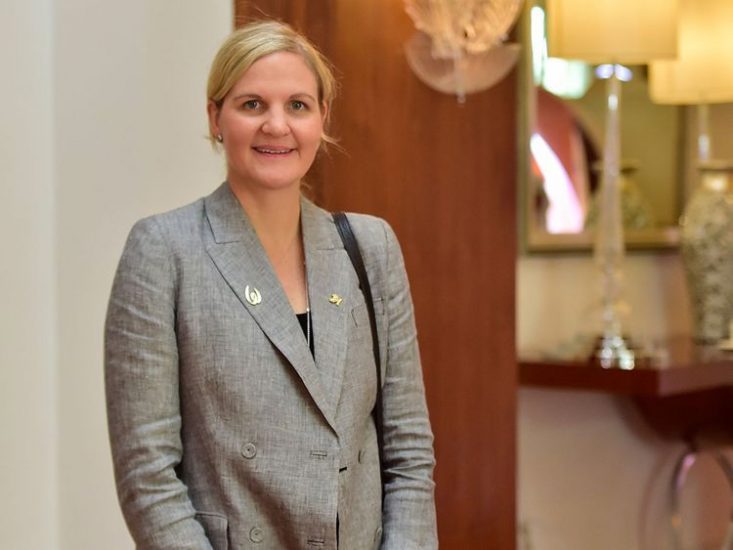 From Robert Tapfumaneyi in Victoria Falls

SPORTS Minister Kirsty Coventry says she fully appreciates the support she received from her husband after coming under a barrage of attack on social media following the shock banning of the country’s stadia from hosting international matches.

This week, the Confederation of African Football (CAF) banned Zimbabwe from hosting international football matches due to the poor state of its facilities.

However, members of the public took to social media and attacked Coventry as the responsible Sports Minister, for allegedly not maintaining the sports centres, something she did not take lightly.

“We cannot allow young people, old people, any Zimbabwean who have never been involved in sport, they never cared about sport and all of a sudden they see this as an opportunity to get some airtime and they start giving various opinions,” the Sports Minister told NewZimbabwe.com this week.

“Let’s be honest with each other. Our stadia have been going down and down without proper maintenance and pointing fingers at various stakeholders is not gonna get things going.

“We have to take accountability, how do we fix it. I think this is an opportunity of my ministry and myself because it allows me to engage with people who don’t know the upkeep of stadia doesn’t fall under my ministry, so that’s the first opportunity.”

“Secondly, it allows to figure out a problem and solve it together so we are already working on different things.”

Local authorities own most of the stadia while government owns the National Sports Stadium in Harare.