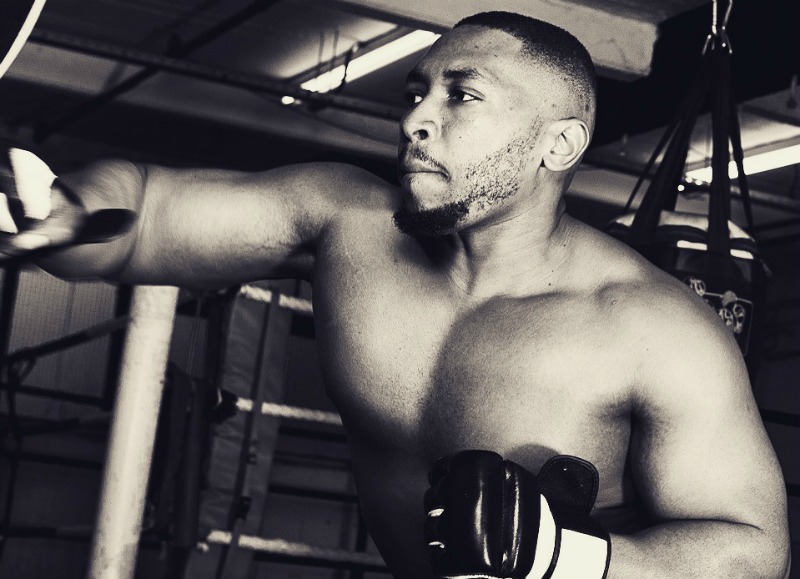 Sometimes life happens in such a way that no matter how hard you try to make something happen, it won’t. In those moments we all have a choice of either giving up or trying one more time.

You have to make that choice to Get back up. Imagine you are a boxer and you have the biggest fight of your life, in the first round your opponent comes in all guns blazing and knocks the lights out of you. You can either choose to stay down and concede defeat or you can look for inner strength to get back on your feet and fight the fight of your life.

I believe it comes down to how bad you want it. As long as your desire to succeed and achieve as well as your aim is bigger than the obstacle ahead of you, you should stand and fight.

One fight that comes to mind is the February 11th 1990 Tokyo fight between Mike Tyson and James Buster Douglas. Mike was the undisputed world knock-out master and Mr Douglas was meant to be another casualty.

At the time Tyson was undefeated and considered to be the best boxer in the world, as well as one of the most feared heavyweight champions in history due to his domination of the division over the previous three years. “I didn’t consider Buster Douglas to be much of a challenge”, remembered Tyson adding he didn’t even watch any of Buster’s fights on video as he had easily knocked out everybody who knocked Buster out. After 8 rounds of constant exchange of punches, Tyson landed his trademark right hand upper-cut knocking Douglas off his feet.

That should have been the end of this match. Little did Tyson know that Mr Douglas had a stronger motive and motivation to win this fight? Douglas was going through a trying time in his life and he had made the choice to use that pain to be his motivation. He made a choice to get back up and fight.

Douglas was motivated and focused because of three serious personal struggles he was facing. First, Douglas was heartbroken over the death of his mother, who passed away less than a month before the fight. Also, the mother of Douglas’ then-11-year-old son, was seriously ill. Douglas had also recently separated from his wife. “The man’s mother died, and he turned that into the focus of his dedication and commitment,” Don King said. “You prepare to succeed or you prepare to fail. Buster Douglas prepared to succeed, Tyson failed to prepare to succeed.” What’s even more profound is the fact that Douglas made a promise to his mother before she died, he promised her that he was going to defeat Mike Tyson.

This could have shocked the rest of the world and all the experts within boxing but Douglas believed in what he was saying and his WHY was stronger than his HOW. Instead of allowing the problems to cloud his mind, Douglas channelled that energy into the fight. During the post-fight interview, Douglas broke down in tears when asked why he was able to win this fight when no one thought he could. “Because of my mother…God bless her heart” said the emotional new Heavyweight Champion

You have to believe you can win and do what it takes to Get back up and fight. Recently, I attended a scholarship interview with one of the Inns of Court to study Law. I prepared myself for this interview, took time to evaluate my qualifications and experience, understand how my experience could be useful as a lawyer, consider how I would perform at the Bar. On the day gave a spirited performance.

The interview itself took about 20 minutes and at the end although I felt the pressure I thoroughly enjoyed this experience. Walked away knowing I had done my best and put everything on the line. A few weeks ago received an email stating that I was not selected for this scholarship.

Now it’s fair to say I was disappointed, I was disappointed that I had failed to successfully meet the requirements of the panel. I asked myself some very important questions considering the process before, during and after. Considered my intellectual ability, motivation to succeed at the Bar, Potential as an advocate, Personal qualities and financial circumstances.

After some serious reflection I felt there was nothing I could have done differently towards securing this scholarship. I made a choice to not let this experience dampen my commitment to study Law and my enthusiasm to do good within my community and stand and fight for what I believe and the most vulnerable in our society. In a way this was my boxing match. I decided to get back up. I may not have won this fight but I know I will be much more prepared for the next.

Its moments like this that most people will be tempted to scale down their ambition and start thinking maybe I will never achieve this, maybe this dream is too big for me. Don’t fall in that trap, for it is in that specific moment that you need to remain focused and resolute towards attaining your goals. You can only discover your true potential when being strong and being the best is the only option you have.

One of the interesting facts about life that I have realised is there is no such thing called luck. It’s all about preparation meeting opportunity. In many cases people fail because when opportunity knocks on their door, they are not ready. There will be times when regardless of how much preparation you do and how well you carry yourself on the day or within that moment, the situation will go against you. Don’t let that disappointment turn off the fire within your soul.

In all you do always remember that the body has limitations but the human mind is the greatest gift as there is no limitation, you may be surround by a broken society or all your aspirations appear to be falling apart however as long as your mind remains focused on hope and the ability to rise again and realise your dream then you can still make it happen.

Sometimes we tend to focus too much on the physical that we neglect the power of the mind and how to activate our full potential. Before going for any meeting, presentation, debate, workout or exam you have to make time to prepare yourself. Proper Planning Prevents Pretty Poor Performance (6Ps). If you are not mentally ready then you will never be physically ready. You cannot stay where you are and still be able to move towards your divine destiny. Fall down seven times and rise eight.

Never allow your emotions to control you, make that choice to do what it takes to take control of your emotions and discipline yourself. Granted, life we give you negativity, knock downs or rejections when looking for better opportunities however you can use those bad situations as a starting point to realising your potential and unleashing better opportunities. I always remind myself that the last chapter of my life is not written yet, only God knows.

Each day, make that concrete choice to use your skills, experiences as preparation for the opportunities ahead. Make a declaration to yourself that after every knock down I will come back bigger and better than before. Its never easy being consistent and staying integral when the world around is crumbling be it within your household, business, workplace, community or country however its in those testing times that a person character is truly realised. There are some things in life that are out of our control, things that happen and we cannot change or understand, such things will happen regardless of what we do. Someone once said life is 10% what happens to us and 90% how we respond to it.

Life is nothing but a series of constant fights and challenges. Each person has to make that informed choice for which fights to engage and which to ignore. One of the biggest human weaknesses is we want to fight every fight, we want to win every argument, prove ourselves right all the time and before you know it you are always running on empty, stressed and worried. Once you have decided which fight is worth fighting then make the decision to never give up.

Never give up mentality is a pivotal guiding constant. If you master all the other principles of success, but you give up at some point during your journey, you may fail to reach your destination. If, on the other hand, you choose to never give up, you have a much better chance to succeed. You may still have to make corrections in your course, identify areas of improvement and areas of growth but as long as you refuse to give up, your goals will be within reach.

The key is that you persevere, discipline yourself to look back but don’t stay there, make corrections or adjustments when necessary, but never giving up. Its most difficult making corrections when you don’t get feedback or when the feedback you receive is you have done everything right. You may consider maybe that opportunity was not meant for you. Don’t let that refusal, decline, rejection or fail stop you from pursuing your goal and dream. Get back up and fight. Confucius said, “Our greatest glory is not in ever falling, but in rising every time we fall.”

Father, Husband and Citizen of the world. Highly focused, professional and passionate with exceptional leadership and communication skills. Joseph Chivayo has a burning desire to make a positive difference and finds strength in prayer and exercise. He is a Business Analyst, Community Advocate, Personal Trainer, Entrepreneur, Model and Motivational Speaker. Currently reading Law.