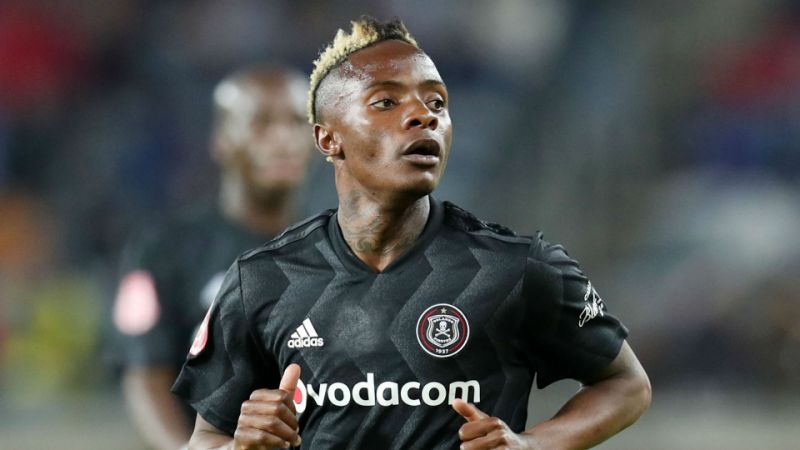 Kuda Mahachi
Spread This News
By Sports Reporter
SOUTH Africa-based Warriors’ player Kuda Mahachi has become the first high profile Zimbabwean sportsman to test positive for Covid-19.
The 27-year-old winger who plays for SuperSport was excluded from the squad which played in the goalless against Malawi on Sunday afternoon after testing positive for the novel virus.
Mahachi was earmarked to be one of the last-minute inclusions in the squad but Warriors coach Zdravko Logarusic was forced to abandon his plans when it emerged that he was in isolation.
The Warriors star player was tested at a private institution in Midrand, South Africa, on October 7 and immediately went into self-isolation.
“A positive test result for Covid-19 indicates that RNA from Sars-CoV-2 was detected in the sample. The patient is considered to be infected and is presumed to be contagious,” reads the player’s laboratory report presented to the ZIFA in response to his invitation to Warriors duty.
“Individuals diagnosed with Covid-19 not requiring hospitalisation must self isolate. After a 10-day period of home isolation, asymptomatic people are regarded as no longer infectious. Provided a person’s fever has resolved and their symptoms have improved, those with mild disease may de-isolate 14 days after symptoms onset, while those with severe disease may de-isolate 14 days after achieving clinical stability. A follow-up test is not required as remnant RNA can be detected for up to six weeks after clinical recovery.”
Mahachi who played for Bantu Rovers, Chicken In, and Highlanders locally, has been in South Africa since 2014.
During his stay in South Africa, Mahachi has featured for giants Mamelodi Sundowns, Lamontville Golden Arrows, Orlando Pirates, and his current side SuperSport United.