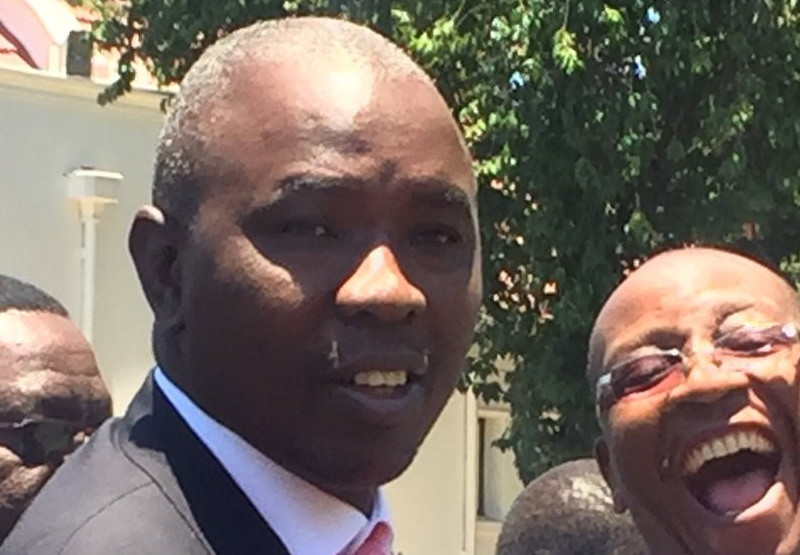 ZIMBABWE’S government is pressing ahead with a plan to combine its mining assets under a massive private-public enterprise, even as evidence mounts that the project could be linked to a tycoon sanctioned by the US and UK.

Previously unreported documents, including correspondence among executives and shareholders, show that weeks after Kudakwashe Tagwirei was sanctioned by the US, his Mauritius-based Sotic International Ltd. began planning to shift its assets to a newly created Zimbabwean holding company — Ziwa Resources Ltd. Ziwa is the only private shareholder in the partnership, called Kuvimba Mining House Ltd.

Zimbabwe government officials have repeatedly denied that Tagwirei has any connection to Kuvimba. But Bloomberg in May reported that Kuvimba holds assets that were until at least late last year part-owned by Tagwirei, citing company documents, emails and transcripts of Whatsapp conversations between executives. The government has as recently as last month declined to say how Kuvimba came to possess the assets, which include choice mineral deposits and mines that it says are worth $2 billion.

Tagwirei, an adviser to Zimbabwe’s President Emmerson Mnangagwa, was sanctioned by the US on Aug. 5 last year on allegations that he used political influence to gain access to scarce foreign currency and win lucrative deals. The US linked him to the disappearance of $3 billion from a farm-subsidy program, and the UK sanctioned him last month for similar reasons.

Under the US sanctions, Tagwirei is effectively cut off from international financial markets. The ruling prohibits US citizens from doing business with him, and his assets in the US are frozen and must be reported to the US Treasury.

Tagwirei didn’t answer calls made to his mobile phone for this story.

Known locally as “Queen Bee,” Tagwirei’s influence over the Zimbabwean economy is so deep that US and UK officials have said payments made to him helped trigger a collapse in Zimbabwe’s currency and contributed to runaway inflation, including drastic increases in the price of food. Zimbabwe last year called the US sanctions racist and intended to undermine the government.

In June, Finance Minister Mthuli Ncube announced that Kuvimba had paid a dividend of $5.2 million to state agencies, including one charged with compensating White farmers for land seized two decades ago. Two weeks later, on July 6, the government again denied in a statement that Tagwirei was part of Kuvimba. That was in response to an investigative report by The Sentry, a private anti-corruption organization backed by the actor and director George Clooney.

Kuvimba is 65% held by the state and 35% by Ziwa. The private company was registered in Zimbabwe in September with an identical stakeholder structure to Mauritius-based Sotic: Almas Global Opportunity Fund SPC with 65% and Pfimbi Ltd. with 35%. Almas told Bloomberg earlier this year it had decided to exit its Zimbabwean assets. The company didn’t respond to a new request for comment.

Pfimbi’s sole shareholders are Tagwirei and his wife, according to separate documents reviewed by The Sentry. Bloomberg in May reported that Tagwirei controls the company via agreements with nominee shareholders, citing company documents.

One month before Ziwa was founded, David Brown, chief executive officer of both Sotic and Kuvimba, wrote Sotic’s shareholders to say that Mauritius was increasingly being seen as a tax haven and that moving the company’s assets to a Zimbabwean subsidiary would encourage “local co-investment” in mines that needed “significant capital investment,” according to documents seen by Bloomberg.

Brown told them restructuring the company was necessary to address “the negative press the company has been subjected to over the past weeks.” He said that Mauritius had been included in the G7 countries’ Financial Action Task Force’s grey list, which forces strict monitoring to combat money laundering, and had also been blacklisted by the European Union.

“Management is proposing to the shareholders that they create a subsidiary in Zimbabwe, and proceed with a restructure of the ownership of the company’s assets such that the Zimbabwean assets are held by a Zimbabwean holding company,” Brown said. This will “give confidence to local Zimbabwean entities who would wish to invest in the mining group,” he said.

Brown said in June that he would be stepping down as CEO of Kuvimba, without giving a departure date.

In conversations with Bloomberg last month, Brown said he’s also a director of Ziwa, but doesn’t know who its shareholders are. He also confirmed that assets held by Mauritius-based Sotic are now part of Kuvimba. He declined to comment further.