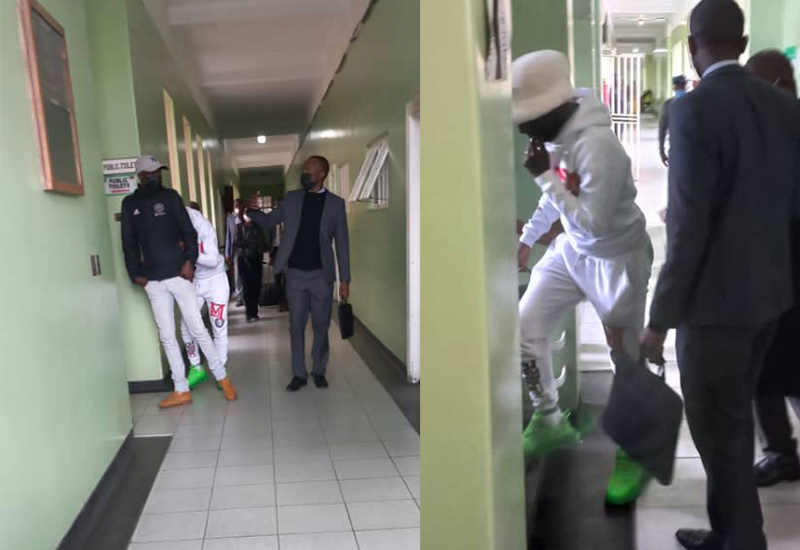 THE trial of Warriors and Absa premiership side, Super Sport midfielder Kudakwashe Mahachi opened in Bulawayo, Tuesday at the Tredgold magistrates courts with his lawyers filing oral discharge submissions at the close of the State’s case.

Mahachi is facing theft charges after he allegedly snatched and damaged an iphone XP belonging to his sister, Meline, as part of efforts to destroy evidence in a case which he is being accused of scalding his four-year-old son with boiling water.

The state called four witnesses including the complainant Meline and her neighbour Chaka Mafaro.

Testifying before Magistrate Vivian Ndlovu, Mafaro who stays in Mzilikazi told the court that he was informed by his wife that Mahachi and his sister were fighting outside.

“My wife called me outside the house and told me that Mahachi was fighting with her sister. When I got outside, I saw Mahachi picking something from the ground. Initially, I thought it was a stone, but I was later told by his sister’s mother –in –law that the object which he had picked was a cellphone,” Mafaro told the court.

Asked by the accused lawyer, Nkosiyabo Sibanda of Tanaka Law Chambers, whether he saw Mahachi holding the cellphone, Mafaro said he did not see him holding the gadget.

At the close of the state case Mahachi’s lawyers submitted oral discharge submission arguing that the state had failed to prove its case against the accused.

“From the accounts given by the state witnesses, it is clear that the phone in question belongs to the accused. Surely, the accused is not capable of stealing his own property,” said Sibanda.

“My other challenge is in the charges itself. Initially, the charges were malicious damage to property before they were changed to theft because clearly the charges cannot be sustained.”

The State, represented by Thompson Hove, opposed the application insisting that the accused has a prima facie case.

“The state would like to submit that accused’s conduct buttresses that the phone belonged to the complainant.”

The matter was postponed to July 18, this month when the magistrate is expected to deliver her ruling.