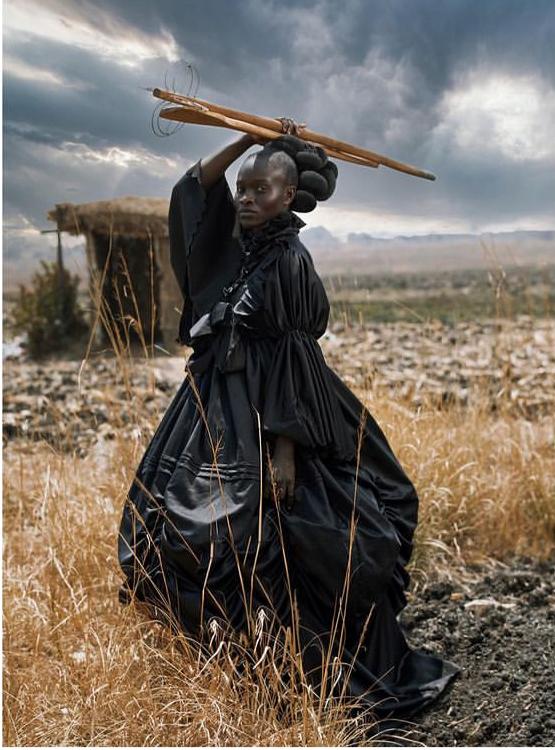 According to the World Photography Organisation website, the Open competition category winners were chosen for their “excellent technical, creative skills, and fresh approach to their subject matter”.

The organisation activates initiatives in over 50 countries each year that help support artists working in the medium of photography.

“I entered my image in 2020. I had every intention of entering this competition because I’m creative and I resonated with the creative category and I wanted to create something that captures the authenticity of the African identity.

“So, that’s why I decided to use traditional African elements that also show that Africans can be represented in many different ways.

“We don’t all look the same. We don’t all have the same story, said the 26-year-old artist in an interview with NewZimbabwe.com.

Kudita said she resisted pressure from some family members who were sceptical about her decision to study fine art at the Michaelis School of Fine Art at the University of Cape Town.

Against the odds and with her father having passed on in 2014, Kudita graduated in 2017 with a Bachelor of Fine Arts degree.

She runs her own gallery in Harare and creates bespoke images that have adorned home walls and buildings around the world.

Her investigation looking at the legacy of colonialism on the family structure has resulted in exhibitions delving into the history of the post-colonial identity.

Kudita’s first solo exhibition was held at the PH Centre gallery in Cape Town. It explored notions of race and representation.

Her previous exhibitions have been held at the Michaelis Galleries also in Cape Town, titled ‘Maintaining Memories’.

“We’ve got our individual stories. So, this is the type of narrative that I wanted to advance in my photo. So, it was culturally and racially motivated. So, I entered the image and saw that I was the category winner,” she said.

Kudita has been featured in various international publications such as Photo District News Magazine, TSA Contemporary Art Magazine and a special mention in the British Journal of Photography.

She has also been awarded the VAW Journal Most Inspiring Art Piece Award 2020 and The Voices of African Women Cover Book Award.

The talented artist is also vying for the grand prize entitled Open Photographer of the Year.

The winner will be announced on the organisation’s online platforms on 15 April.