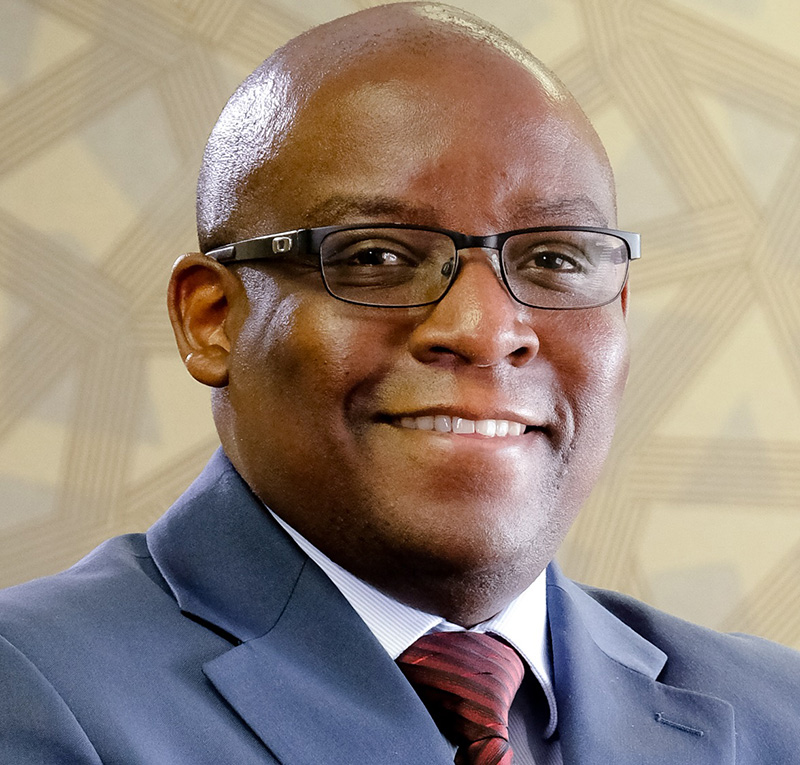 Murewa, in the Mashonaland East province of rural Zimbabwe, was something of a paradise in the early 1970s. Acres and acres of endless land, enveloped by long, pale green grass, umbrella-shaped trees and the freshest air imaginable.

This is where Kumba Iron Ore CFO Bothwell Mazarura was born in 1973.

Each morning, his father, an agricultural officer, would jump on his motorcycle and ride out to visit farmers. There was something about his father, about farming and about making a living off the land that inspired Mazarura to pursue the career he has today.

Mazarura’s journey from “plough and cow” to “chuck it and truck it” began with a move to the capital, Harare, where he attended private boys’ high school St George’s College.

It was there that he heard about accounting as a profession and decided to apply for Deloitte’s trainee programme. He joined the firm in 1993 and was responsible for a number of mining audits, including that of Anglo American’s nickel operations in Zimbabwe. At the same time, he pursued a bachelor’s degree in accounting science from Unisa by distance learning.

After graduating in 1996, he sat the board exams administered by the Institute of Chartered Accountants of Zimbabwe. But for the first time in his budding career, he experienced a major disappointment: he failed the auditing section of the exam.

The setback would inspire a formidable comeback. From an early age, Mazarura’s father had taught him to be committed and passionate about whatever he took on. And to never give up. Not only did he pass the rewrite, he also rallied to fourth position in the country.

After qualifying as a chartered accountant in 1999, Mazarura was appointed a manager at Deloitte and then seconded to the Nottingham office in the UK.

“I experienced a culture shock,” he says. “Going from rural Zimbabwe to living in Europe was such a stark contrast. The transition from a small country to a big pond was daunting.”

After two years in the UK, Mazarura returned to Harare, where he was appointed partner at Deloitte Zimbabwe, responsible for human resources. Five years later he moved to the Joburg office.

“In Harare I was in a small office, where I had a lot of influence on how the firm was run,” he says. “In Joburg I was one of hundreds of partners and the organisation had an [executive committee] that managed the firm. I struggled with the notion that I had very little say in the strategic direction of the firm.”

So he left the audit firm and in August 2010 joined the finance division of platinum miner Lonmin.

Two years later, 34 miners were killed by police during a protracted wage strike at Lonmin’s Marikana mine. It would leave an unforgettable mark on Mazarura, whose stay at the company lasted six years.

“It was a defining moment for me to witness how the situation deteriorated so quickly and to observe the blunt reality of mining in SA,” he recalls. “It was tempting to just walk away from the whole mess and free myself from the stress of the aftermath. But I realised that as head of finance, I had an opportunity to influence change, [to do something] that would have a positive impact on the lives of the miners and their families.” 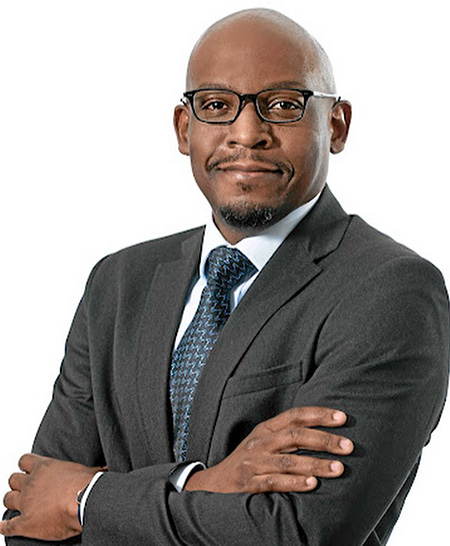 Mazarura became a trustee of the provident fund set up for the employees. Later, the industry fell on hard times, and Lonmin needed two rights issues and two refinancing transactions to survive. The experience Mazarura gained from the efforts to save the company would shape both his personal and his professional outlook.

In July 2016, he was head-hunted for the role of financial director at Wescoal. The prospect of being part of the growth story of a company that was majority black-owned and listed on the JSE was attractive.

“Then Anglo American came calling,” he says. “Given the long history I had with the company — going back to my clerk days in Zimbabwe — it was an opportunity I had to give serious consideration to.”

So in September 2017, Mazarura took up the CFO position at Anglo subsidiary Kumba Iron Ore. His appointment was part of a shake-up in the company’s leadership, which included the appointment of Themba Mkhwanazi as CEO the year before.

Kumba had been through a tumultuous period. As iron ore prices fell, basic earnings per share dropped from R33.44 in 2014 to R1.46 a year later. This forced the company to reduce its mining footprint at its flagship Sishen mine and embark on retrenchments.

“When I joined the company, the key thing was to ensure we were sufficiently competitive from a margin perspective to withstand the commodity price cycles,” Mazarura explains.

In 2017, Mkhwanazi implemented his “Tswelelopele (Ore to Awe)” plan.

It had three main pillars: “Extracting full potential from our assets by making them more competitive, extending the life of our mines and expanding our footprint.”

One of Tswelelopele’s goals was to save R2.6bn in five years; the company achieved this in 2½. The quality of the iron ore product also improved, giving the company a pricing advantage. And the life of the Sishen mine was extended from 13 to 19 years.

Since 2018, Mazarura says, Kumba’s pre-tax profit margins have risen from 45% to 70%. The company has also gone from spending R55m with host-community suppliers to sourcing R9bn worth of goods and services from them — a development that Mazarura considers “a great success story”.

It’s meant Kumba has become more sustainable. “For us, it was important to avoid having to go through another huge retrenchment process in the future,” he says.

Kumba has also diversified its customer base. For several years, the company relied heavily on its sales to China. Prior to Covid, it had managed to cut the proportion of sales to that country from 80% to 55%. However, as China was one of the first countries to reopen its economy after global lockdowns, Kumba adjusted its strategy to increase those sales again.

“You need to be nimble as things change,” Mazarura says.

At the same time, the pandemic brought about a dilemma for Kumba’s management. The company makes such a mammoth contribution to the Northern Cape economy that if it were to stall operations, the province would be brought to its knees. The mine employs thousands of people from local communities and provides a number of district municipalities with water and medical services.

Mazarura says that while the company was unsure how many lives would be saved by shutting down the mine, it was certain how many livelihoods would be threatened if it did. So it applied to mineral resources & energy minister Gwede Mantashe for permission to continue with reduced operations under strict health and safety protocols.

When it comes to Mazarura’s leadership style, Penny Himlok, head of investor relations at Kumba, credits him with “surprising us with a fresh perspective to problem-solving by coming up with ideas that nobody else has thought of”.

And, she says, he often asks her team what the company should be doing. “I think it’s his way of getting us to think like owners, to find our own purpose.”

In one of Mazarura’s first strategy sessions with his team at Kumba, they spent a whole morning discussing purpose and why they do the things they do.
“It took them by surprise, because as accountants we want to get down to the nitty-gritty and talk about things like cost management,” he says. “But for me it’s an important conversation, because once we are aligned in our reason for being, we can move on to discuss what that means in terms of the work we need to do to achieve our goals.”

Mazarura says he tries to get his team to bring their thoughts to the table.

“Perhaps it’s because I enjoy what I do and truly believe that I’m living out my purpose. I would advise young people to try to determine what they are passionate about early on and use that to drive their careers,” he says.

Outside of work, Mazarura sees himself as an active participant in effecting change in his country of birth. “This is despite my mother repeatedly discouraging me from going into politics,” he says.

He also sits on the board of the Cancer Association of SA. He was involved with the audit of the organisation while at Deloitte and reached out to the organisation after leaving the firm to volunteer his time, having lost his father to cancer.

As a long-suffering supporter of Premier League football club Liverpool, his collaborative leadership style is in keeping with the football club’s mantra: “You will never walk alone.”