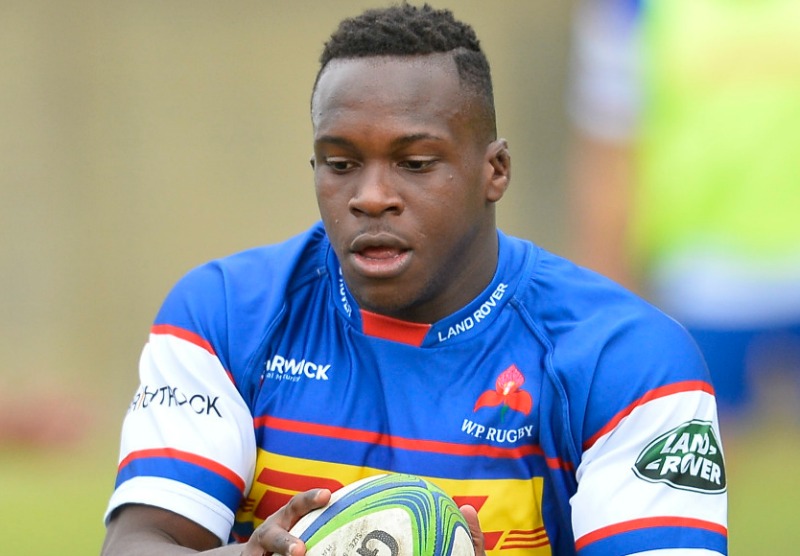 WESTERN Province tight head prop Michael Kumbirai has set his sights on following in the footsteps of Springboks legend Tendai ‘Beast’ Mtawarira by pursuing an international rugby career with South Africa rather than representing Zimbabwe.

Although born of Zimbabwean parents and proud of his roots, the 22-year-old, who has been in top form for Western Province in the Currie Cup this season, says he is aiming a bit higher than Zimbabwe representation by playing for the Springboks.

“Beast (Tendai Mtawarira) is a guy who I model myself on, and who wouldn’t – every prop at some stage has been called Beast (and liked it),” said Kumbirai.

“He has set a great example. It is a real achievement to play over 100 games for the Springboks and I would love to graduate to a higher level myself one day. I had an opportunity to talk to Beast when we trained with the Springboks before we went on tour to France. It was great to interact with him and learn a bit from his extensive knowledge.”

Kumbirai, who is the third born in a family of four, was born in Pretoria’s leafy suburb of Arcadia to Zimbabwean parents Joyce, a retired business executive and Peter, a successful orthopedic surgeon.

While Kumbirai’s first introduction to rugby came at Waterkloof House Preparatory School, it was at St. Albans College where he made his biggest impression, earning selection to the Blue Bulls for the 2014 Craven Week and ultimately SA Schools selection later that year.

He however did not play for the South Africa Schools rugby side after suffering a broken ankle in the final training session leading up the team’s first game against France.

Kumbirai signed up to the WP Rugby Institute in Stellenbosch after leaving school and represented the WP under-19 side as well as WP under-21, but his progress was halted by injuries.

Last season proved to be his breakthrough year as he established himself as a key member of the Western Province side which won the inaugural edition of the SuperSport Rugby Challenge.

He also made a number of Currie Cup appearances for the Cape Town-based franchise which went on to win the prestigious cup competition.

Kumbirai appears to have carried on from where he left off last season after producing a superb display during Western Province’s opening match of the Currie Cup campaign against the Cheetahs last weekend.

Although Kumbirai is behind Springboks Frans Malherbe and Wilco Louw in the tighthead pecking order at Western Province‚ he’s not letting that deter him from his dream of playing for the Springboks in the future.

“I know tighthead is not the most glamorous position on the field‚ but I’d love to be able to make it a cool position because it is a vital position.

“I’m not exactly sure how to make it cool‚ but I guess if you play well and have a meaningful impact on the game then children want to play in that position.

Should Kumbirai realise his dream of playing for the Springboks he would have emulated the likes of the Mtawarira, Brian Mujati and Tonderai Chavhanga who have all represented South Africa since the turn of the millennium.