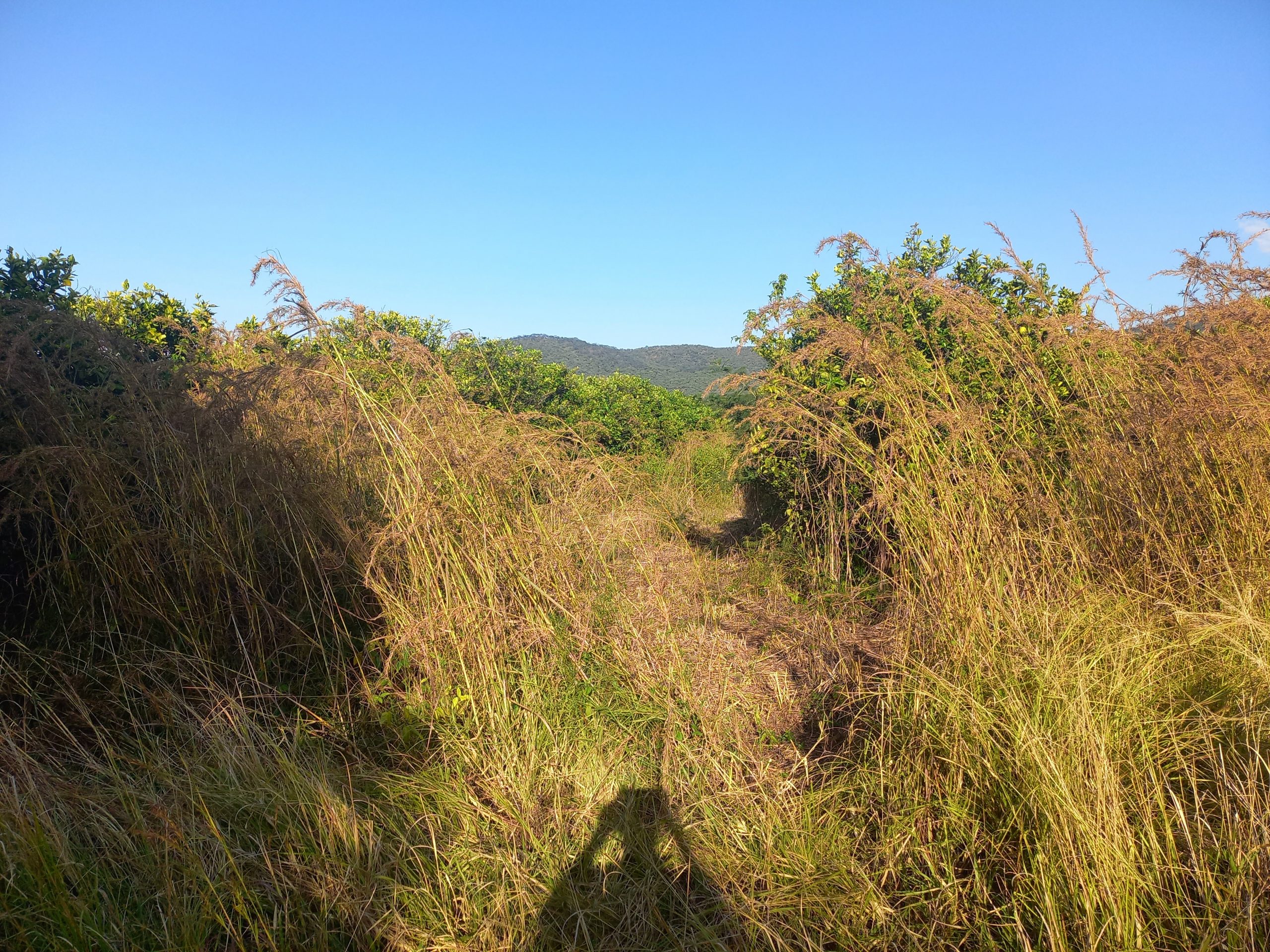 The roadside farm, like similar neighbouring estates, used to be a thrilling spectacle as one drove past, with fusing of ripening orange fruits clinging on the lush green trees proving a marvelous display during this time of the year.

But all that is gone.

The trees themselves are now barely visible, virtually outgrown by tufted grass and wilting from thirst; they have not had irrigation water for over a year.

The NewZimbabwe.com crew visited the farm recently and on walking around it, it became clear that this prime estate is now lying desolate.

Mudzimunyi grabbed the farm in 2020 on the strength of an offer letter by the late lands minister Perrance Shiri.

Kasukuwere approached the High Court for a reprieve, the top court ruling the ex-combatant had no legal right to the property.

Nevertheless, he stayed put, in clear defiance of the order and enjoyed the proverbial harvest he did not sow.

At that time, the fruit had fully ripened and ready for the market.

But that would be the last time any meaningful fruit was realised. Because of debt, the Zimbabwe National Water Authority disconnected water supplies to the farm, virtually grounding operations.

ZESA followed suit, the power utility switching the estate off after Mudzimunyi failed to settle the bill.

Along the road leading to Mudzimunyi’s compound, all but medieval-styled grass thatched pole and dagga huts for his four young wives, the NewZimbabwe.com crew observed the tracks between rows of orange plantations not totally covered with unkempt grass and sporadic low bush.

A broken-down top-of-the-range Massey Ferguson tractor which is supposed to be doing mowing is rotting in the elements; its tyres flattened and its body rust laden.

On arrival at the compound, the crew was greeted by a large male dog which wanted to charge but for a sharp rebuke from Mudzimunyi, who lay down on the lawn with a home-made cigar on his chapped lips.

He slowly adjusted himself into a sitting position and inquired who we were and what is it that we did.

Years of experience in handling hostile news sources soon helped to calm the situation and, having relaxed himself, he warned: “I don’t know how you made it all the way up here. I have 10 vicious dogs that could have very easily mauled your little limps to pulp.”

He blamed the sorry state of the estate to the running court battles.

“All this dilapidation is a result of the court battles, but we are thankful that the president intervened and soon we will be back on our feet,” he claimed.

But, in a subsequent interview from his South Africa base, Kasukuwere attacked Mnangagwa’s administration for destroying the economy.

At the time of its occupation by Mudzimunyi, they were negotiating a US$5 million investment deal with a Dubai-based company. The invasion scuttled the deal.

“Trees which we have planted and tended to are drying. The loss to the country due to the exports receipts is huge. We have been exporting to the Middle East and all that is now in tatters. At times you don’t understand how this government works. Individual differences should not be a government issue,” he said.

There have been concerns that the invasion of his farm was part of efforts by President Emmerson Mnangagwa’s administration to victimise his political opponents.

Kasukuwere was a key member of the vanquished G40 faction that was targeted by a military coup in November 2017 that saw the ouster of the late former president Robert Mugabe from power.

His erstwhile colleagues, Jonathan Moyo and Patrick Zhuwao, have also had potions of their farms taken away in similar fashion.