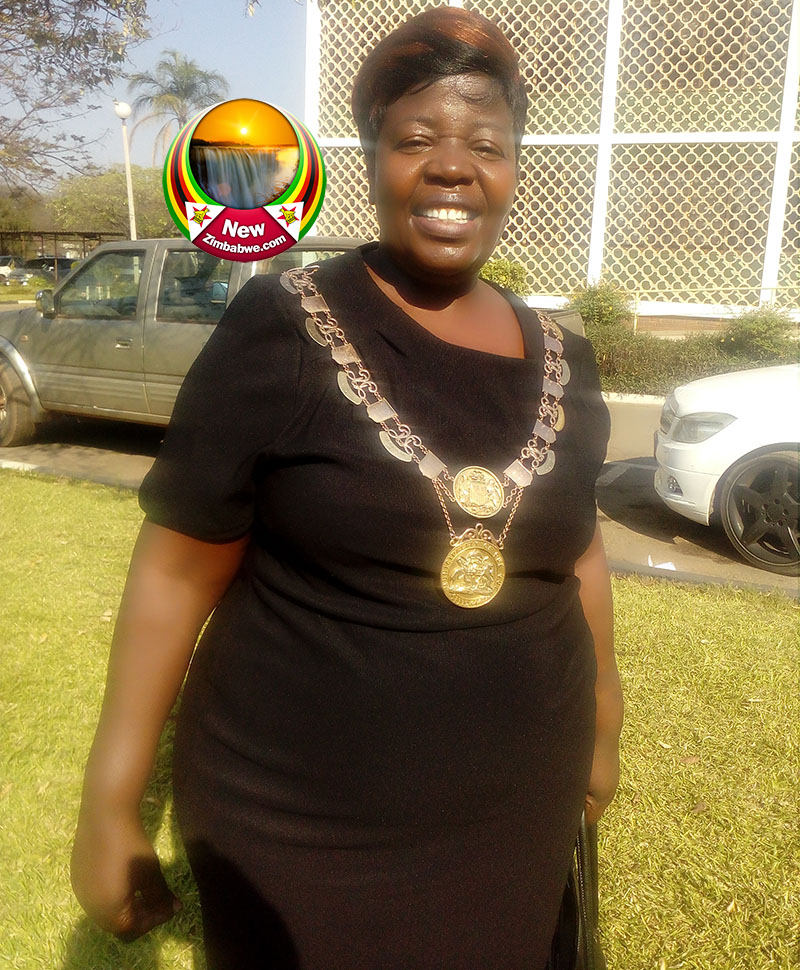 KWEKWE City Council has broken with tradition and elected a female councillor as mayor to steer the affairs of Midland province’s second largest city for the next five years.

She will be deputized by former mayor and Ward 8 councillor Shadreck Tobaiwa.

In her maiden speech as the city’s number one citizen Kasipo said she “is not going to reinvent the wheel but continue with the developments undertaken by the city”.

Kasipo acknowledged that she is faced with a city in desperate need of infrastructure, especially roads and clinics which are in a deplorable state.

“We are faced with a dilapidated road network; our clinics are in a deplorable state and general infrastructure needs our attention.

“We have so much to do in a limited space of time. We have situations were not every household in Kwekwe has access to clean water.

“We cannot do this on our own, but we need the support of everyone. We are going to be in constant consultation with the residents and we will come back to them to get out mandate.”

Out of the 14 wards, Zanu PF managed to secure only Ward 6, returning councillor Maclean Nyamucherera to the chamber.

Musara is a well-known and staunch Zanu PF supporter.

His bid to represent Kwekwe Central constituency suffered a still-birth after he was defeated in the party’s primaries by Kandross Mugabe.

“We will try by all means to change the face of Kwekwe with your cooperation Town Clerk and the staff we will take Kwekwe to great heights.

We cannot get anywhere without your cooperation,” the veteran politician said.

The former mayor said his role is to assist and guide the new crop of councillors.

“I want to leave a legacy and try to assist young councillors who are coming into council. We will continue to pursue the development agenda,” he said.