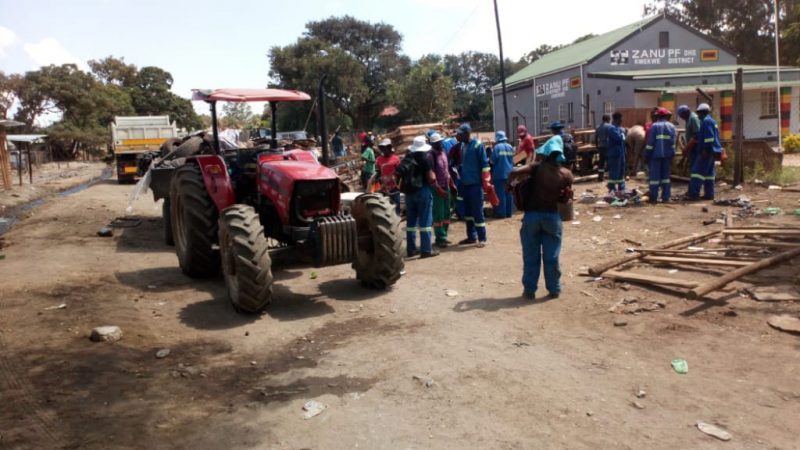 THE Kwekwe City Council Monday pulled down all “illegal” structures which had sprouted around Zanu PF’s district offices in the central business district (CBD).

The local authority took advantage of the national lockdown to destroy the structures, a move that will see hundreds of informal traders relying on these structures for trading, failing to return to their businesses when the 21-day curfew ends.

Council employees said they had been ordered by senior officials at the town house to clear the CBD of all illegal structures.

The Kwekwe Town Council is controlled by the MDC, which has 14 councillors against Zanu PF’s one.

Kwekwe mayor, Angeline Kasipo defended the demolitions saying the illegal structures were turning to be an eyesore in the town.

“As you are aware these illegal structures were becoming an eyesore in the city. Considering the fact that there is no activity in the city owing to the lockdown, we took that opportunity to root out the mess in the CBD,” Kasipo said.