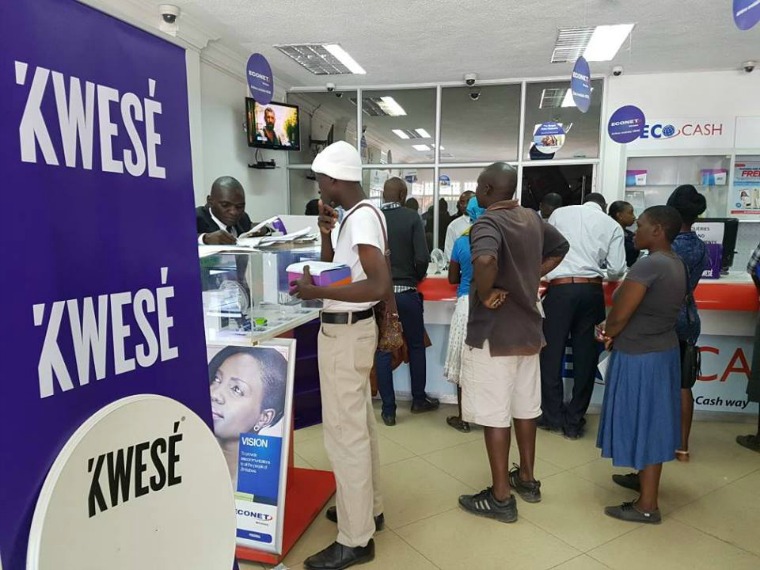 PAN AFRICAN satellite and broadcasting network, Kwesé TV left its subscribers in the cold after announcing it was cancelling its Zimbabwe service Thursday night, barely 18 months since its inception.

In a statement Thursday night, the television network said its “current subscription services and channel offering will cease as of 1 November 2018” adding that it will refund subscribers who had already paid their subscriptions for the month of November, or in advance.

Joe Hundah, Group President and Chief Executive of Econet Media, said its surprise move was a response to changing market trends in the industry.

“The revised business strategy will also ensure that Kwesé TV continues to remain competitive within the industry…We believe these changes will safeguard the future success of our business as we continue to make an indelible impact on Africa’s media industry,” he said.

Hundah added: “The revised business strategy will also ensure that Kwesé TV continues to remain competitive within the industry. Refocusing our business offering across markets, is a strategic move which aligns our business to OTT (Over-The-Top) and video-on-demand trends which present significant growth opportunities for Kwesé.

“This renewed focus on digital services will see us providing new compelling offers for our customer’s enjoyment.”

Despite reducing third party channels on the satellite bouquet and removing the popular Kwese branded sports (excluding KFS) and general entertainment channels, Kwesé says it will now create its own content, via Kwesé Studios.

“Additionally, through the development of the Kwesé Studios content hub, Econet Media will now have a legitimate claim to being the home of African content, as we will now create a place where Africans can tell their own stories and shape their own narrative,” Hundah says.

The latest move follows reports the ambitious television network was facing financial problems after its aggressive bid to take over the satellite television business on the continent.

Zimbabwean viewers, who saw Kwesé TV as a cheaper alternative for Multichoice which demands payments in scarce US dollars for its services, were left fuming after popular channels such as Fox Africa and Nat Geo started disappearing from the network’s bouquet.

Kwese launched services in Zimbabwe in October 2017, after months of controversy that saw authorities temporarily barring the company from offering its services.

It drew market interest at launch, as it entered the market at a lower cost while allowing users to subscribe using local payments systems.

However, growth appears to have stalled due to a small variety of channels and failure to compete with Multichoice on rights to big draws such as English Premier League football.