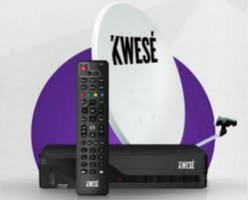 Econet Media’s KweseTV says it is offering its recently subscribed customers an additional 30 days free service as a Thank You for believing in the new channel during its court battles.
Last week, High Court Judge Justice Charles Hungwe ruled that Econet Media’s Kwese TV must operate in the country because Dr Dish had a valid license, until the Supreme Court rules on an appeal by Broadcasting Authority of Zimbabwe (BAZ) to contest the earlier ruling.
Kwese TV has entered in the country through an Econet Media partnership with a company called Dr Dish in 2016 to distribute its content.
Head of Kwese TV Zimbabwe Dorothy Zimuto said the pay per view television channel customers will also enjoy 5 free channels even after their subscription would have lapsed.
“If your subscription for the pay channels lapses for whatever reason, and you have not had the time to renew, you will enjoy those five channels,” Zimuto said in a statement.
“As a gesture of goodwill, we have decided to give an extra 30 days for free to all those whose service was disrupted for two weeks.”
“This offer also includes customers who requested for refunds during the disruption period, provided they come forward for reconnection of Kwese TV service before the 15th of October 2017.”
For now, as part of a launch offer to entice customers, all new Kwese TV customers in the country enjoy free subscriptions for the first month in addition to free installation.
“If we sell you a decoder, it is your investment and we believe there is value attached to your decoder which you must enjoy,” said Head of Kwese TV Zimbabwe.
“On our part as Kwese TV, we attach value to every customer who connect with us, and also recognise that there is value to your decoder.”
She added, “For that reason we cannot suspend all services because you have failed or delayed to pay.”
“We give value for the decoder itself, and say thank you for being part of the Kwese family through Kwese Free TV, which is the five permanently free channels.”
The five free channels include Kwese Free Sport which also has top sports like English Premier League, NBA basketball and will be the home of the next FIFA World Cup.
ZTV will also be available.
It is a requirement of Zimbabwean law that every licensed service carries the national broadcaster.Advertisement