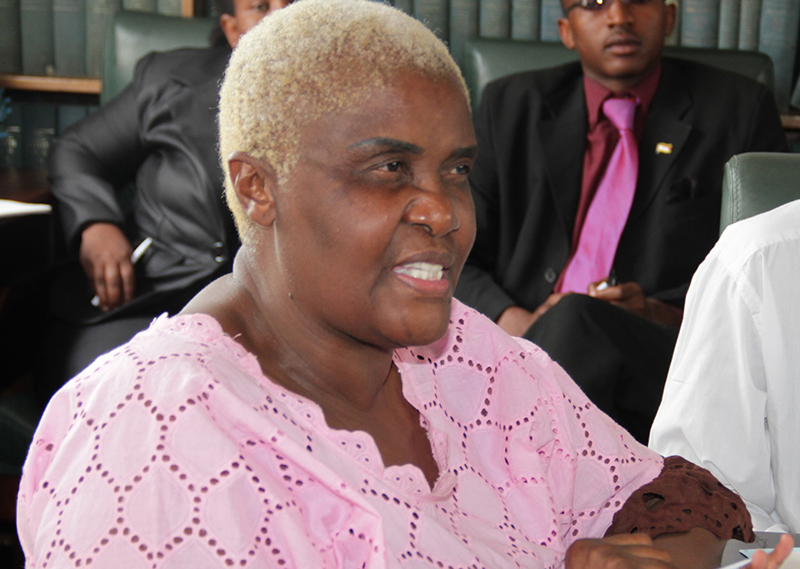 Rwanda President Paul Kagame introduced a law which directed that no Rwandese child to be allowed to deliver a baby if she falls pregnant and this came to be known as the “Kagame Effected International Label”.

Kagame made sure that the final decision on whether that pregnancy was terminated would lie with the child.

Speaking on a point of national interest Tuesday in Parliament Wednesday, Labode bemoaned the increase in cases of child pregnancies countrywide, where legislation had failed to effectively deal with child protection.

“I am sure Mr. Speaker Sir in the last week you have heard about three girls: two 9-year-olds and one 8-year-old, who are pregnant, almost full term, one is about to deliver,” she said.

”This is a tragedy. As a nation, we have been talking about this and it is about time we act, even if we have to move and act with the Kagame Effect.”

Speaker Jacob Mudenda advised her to pose the question to Health Minister and Vice President Constantino Chiwenga during Wednesday’s Question and Answer session.

However, the legislator refused to take her seat and continued to speak on the matter.

“No Mr. Speaker, we need to do something now. I was saying the minister does not come to the House, this thing just keeps going on,” she said.

“It is an urgent issue, the President should address it. In Rwanda, it was the President who made the decision. That is why it is called Kagame Effected International Label.”

Mudenda then promised to make a decision.

“Ask the question tomorrow (Wednesday), that is a very profound observation. Hon. Dr. Labode, tomorrow is your feast day. We will call for a decision tomorrow,” highlighted the Speaker.

The child marriages issue has become topical with some white garment churches being accused of promoting unions involving minors.

In April 2021, the government reported a major increase in teenage pregnancies, with advocates blaming it on Covid-19 lockdowns and poverty.

Nearly 5,000 teenage girls got pregnant between January and February 2021 and about 1,800 entered early marriages during the same period, the government said.