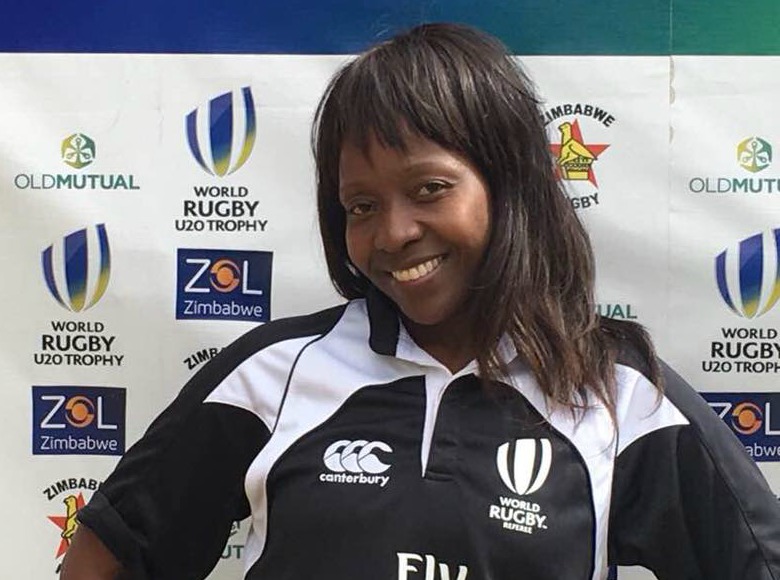 ZIMBABWE national women’s rugby team coach Abigail Kawonza has retired from coaching to focus on her other roles with the Zimbabwe Rugby Union (ZRU) and World Rugby.

Kawonza, who has been actively involved in Zimbabwe women’s rugby structures as a player, referee, administrator and now as coach, was head coach of the national women’s Seven’s rugby side, the Lady Cheetahs.

Having served Zimbabwe as a national team rugby player and coach, Kawonza who is also a rugby referee, said she has decided to leave her national team coaching roles to concentrate on the administrative side of the game.

“It was a difficult decision for me when you have so much passion for the game. I had decided it was time for me after the 2018 Africa Cup, I feel I have a long and great run with the team,” Kawonza said.

“I have worked with great players and coaches – there is a solid group of girls that will ensure the successful continuation of women’s sevens. As history shows, I will not be able to let go of the team, I will always be available to the players and coaches whenever they need me.

“I can now have time to focus on my citing and my role as President of the Zimbabwe Rugby Referees Association. It is a handful, referees tend to be worse than players but I love this job. I have enjoyed my rugby and I am thoroughly enjoying this as well,” said Kawonza.

Kawonza has led the team in various tournaments such the Kwese Sevens where the Lady Cheetahs were crowned 2019 Champions as well as giving Zimbabwe its highest ranking in Africa, reaching third position after a brilliant run 2016 in the Rugby Africa Cup.

She holds long list of records, breaking new ground as the first woman in Africa to be appointed as a senior national team coach.

This has inspired and opened doors for other women in Africa such as Uganda Sevens head coach Helen Buteme who was appointed in 2009.

Kawonza is also the first woman to be appointed as the President of the Zimbabwe Rugby Referees Association and the first Zimbabwean woman to become a World Rugby Citing Official.

ZRU head of women’s rugby Abigail Mnikwa paid tribute to Kawonza for her contribution to the game during her tenure as Lady Cheetahs coach.

“Not only was she a coach but a mentor to the players and other coaches that she took under her wing throughout her tenure as a coach,” Mnikwa said.

“She is not totally leaving us in the rugby circles as she will continue to serve within the rugby community.”