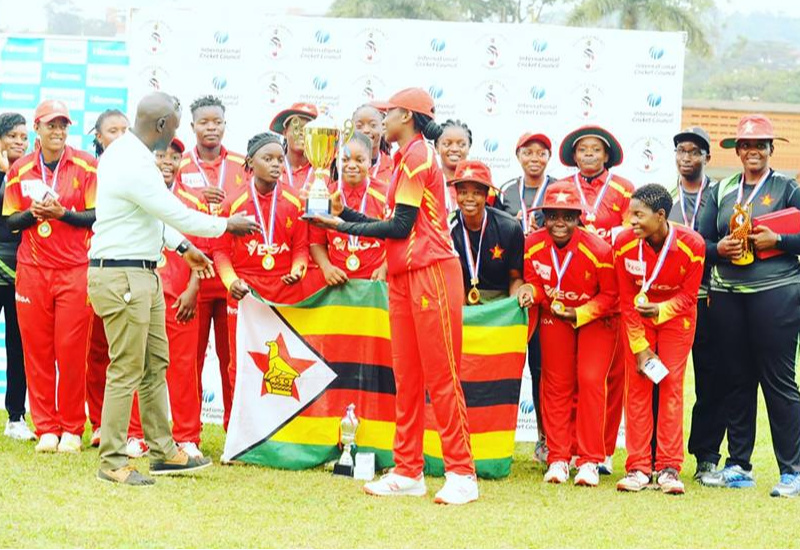 The postponement of the qualifiers for the global showpiece means the Lady Chevrons will have to wait a bit longer before returning to international cricket having not played competitive cricket since May last year.

It is a bitter pill to swallow for Mary-Anne Musonda and her teammates, who have been preparing for the upcoming event since the start of the year.

“We had made a lot of progress and built good momentum, it’s unfortunate,” Musonda said.

“Well. I began to expect something like this to happen following the news and global stats of the pandemic. With most countries still on lockdown, we are all facing similar challenges.

“In sport, teams need sufficient time to prepare for such a big event as this. I receive the postponement of our Qualifiers well because in the end, our health and that of the cricket community matters more,” Musonda said.

National women’s cricket team coach, Adam Chifo said: “It’s very devastating news to say the least. It seems like it never rains but pours for the Lady Chevrons. Just a year ago around the same time we missed on an opportunity for a similar event for the T20 and now this happens,’’ Chifo said.

The Lady Chevrons have been inactive since their failure to participate in the Women’s T20 Qualifier in Scotland in July following the country’s suspension by the ICC.

Zimbabwe, who had qualified for the global qualifier after winning the ICC Women’s Qualifier Africa on home soil, were barred from taking part in the ICC Women’s T20 World Cup Qualifier staged in Scotland due to the suspension over government interference in the sport.

Zimbabwe was also scheduled to feature in a quadrangular series against hosts Thailand and Ireland in April before it was postponed due to the deadly coronavirus outbreak.

Now the Zimbabwe team’s hopes of returning to international cricket has yet again been dashed and this time by the novel coronavirus which means they will have to wait longer before taking part in the final qualifying event for the 2021 Women’s Cricket World Cup in New Zealand.

Zimbabwe are part of the 10 teams which made the round after winning the regional qualifier they hosted in Harare last year.

The top three teams from the global qualifier will progress to the finals to be hosted by New Zealand.