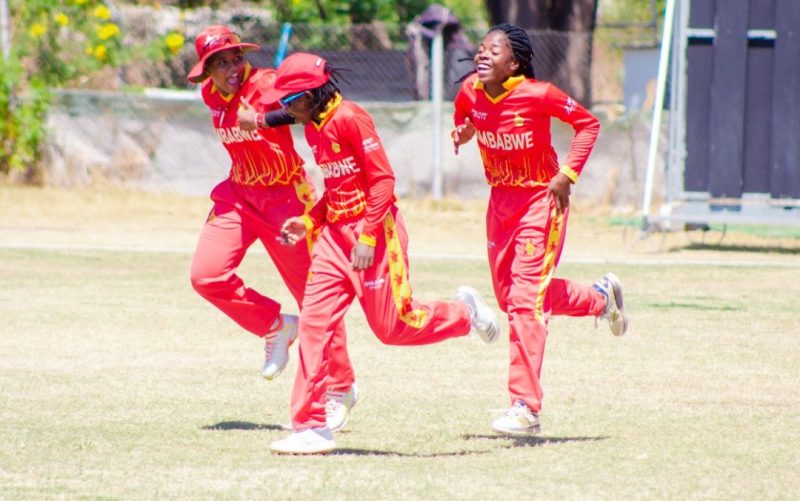 ZIMBABWE’S chances of making an impact in the ICC Women’s World Cup Qualifier suffered an early setback after they lost by eight runs in a closely fought opening encounter against Thailand at Harare Sports Club on Sunday.

Chasing Thailand’s competitive target of 247 for six, Zimbabwe were restricted to 239 for five in their allotted 50 overs which leaves them with an uphill task of clinching one of the three slots on offer in the nine-time qualifying tournament.

Natthakan Chantham and Sornnarin Tippoch consolidated the innings after the early wicket of Nattaya Boochatham, who was out bowled by Esther Mbofana in the second over.

They looked set for their half-centuries but fell short of the milestone, with Loreen Tshuma scalping both the batters in consecutive overs.

Skipper Naruemol Chaiwai and Nannapat Koncharoenkai navigated Thailand through the rest of the middle overs, adding 69 runs for the fourth wicket.

Chanida Sutthiruang’s 28-ball 35* helped Thailand post a solid target of 248 for Zimbabwe to chase down.

In response, Zimbabwe got off to a slow yet steady start, with the openers putting on 49 for the first wicket in 17 overs. After the fall of the wicket, Sharne Mayers and Josephine Nkomo upped the scoring rate, stitching 59 runs in 70 balls.

Once Mayers fell short of a fifty by three runs, Nkomo Mary-Anne Musonda started to take the attack to the Thailand bowlers. Both the batters brought up their respective fifties and brought the equation down to 65 in 10 overs with eight wickets still in hand.

Suleeporn Laomi struck for Thailand in the 41st over, breaking the 77-run partnership that came in just 75 balls.

The wicket derailed all the momentum that Zimbabwe had built as they struggled to find boundaries in the death. In fact, they found the ropes just once in the last nine overs.

Despite Musonda batting till the end of the innings, Zimbabwe fell short by 9 runs as Thailand put their first points on board.