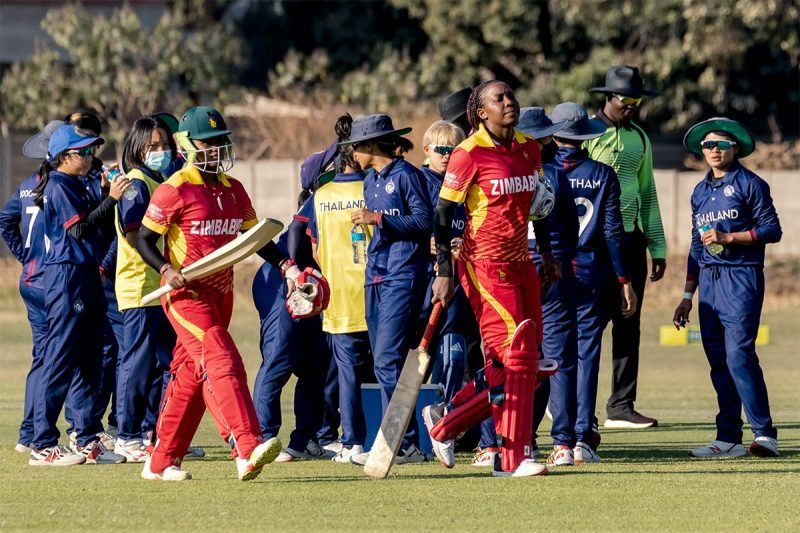 THE Zimbabwe national women’s cricket team enjoyed a winning start to their four-match 50-over cricket series against the visiting Thailand team after registering a comfortable seven-wicket victory in the first one-day match played at Takashinga Cricket Club Wednesday.

After winning the toss and choosing to field first, the Lady Chevrons restricted Thailand to a modest 199 for four in their allotted 50 overs with allrounder Josephine Nkomo impressing with the ball.

The hosts were able to successfully chase down the victory target for the loss of just three wickets as they reached 200 for three in 45 overs to win the 30 balls to spare.

Having put on a good performance with the ball, Nkomo also impressed with the bat after scoring an unbeaten 55 from 74 balls.

The gifted allrounder shared a match-winning fourth-wicket partnership stand of 105 runs with skipper Mary-Anne Musonda who was also not out on 50 from 68 balls.

Nkomo, who went on to stand out with the bat, picked up two wickets for 37 runs in 10 overs, while  Nomvelo Sibanda and Tasmeen Granger claimed a wicket each.

Zimbabwe will be aiming to continue their winning run when the two teams meet again in the 50-over format of the game on Friday, Sunday, and next Tuesday.

The two teams will also face off in three Twenty20 Internationals.

Zimbabwe are using the series against Thailand to prepare for the 2021 ICC Women’s T20 World Cup Africa Qualifier, set for Botswana next month, and the ICC Women’s World Cup Global Qualifier, to be held in Zimbabwe, in November.