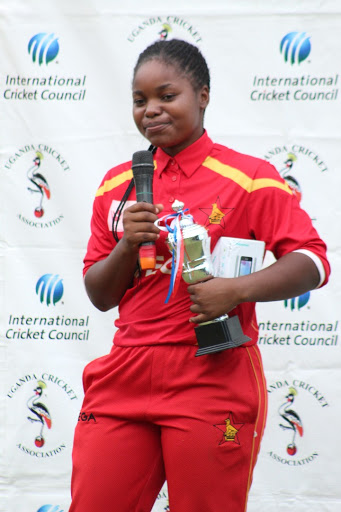 Mushangwe scored 302 runs with the bat at an average of 75.50 while also claiming 40 wickets with an impressive average of 12.05.

She also finished the season with the best bowling performance after claiming five wickets for just two runs in a match.

Her efforts were recognised during the SACA awards ceremony where she was one of the biggest winners.

Some of the awards won by Mushangwe were the second grade five wickets, second grade 30 wickets, Seafillies most outstanding women’s club player and South Australia Lyn Fullstone Medal which is awarded to the best player in Women’s 2nd Grade competition.

Mushangwe has also been using her downtime brought about by the coronavirus pandemic to pursue her coaching badges in Australia.

Due to the Covid-19 travel restrictions, she was forced to shelve her initial plan to return to Zimbabwe at the conclusion of the Australian season ended in April.

As he prepares for the new season in Australia, Mushangwe has also taken the opportunity to attain her coaching badges and has already completed her Level O which is the introduction to the cricket, Level 1 community coaching course and the representative coaching  part of the Level 2 certificate.

Mushangwe’s impressive performances in Australia come after a similarly successful stint in England last year where she was voted Most Valuable Player and also claimed the Best Bowler award for Hursley Park Cricket Club.