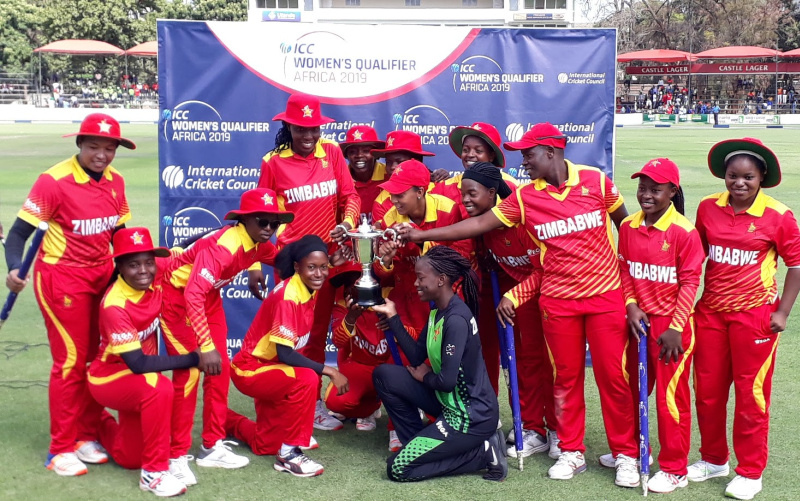 ZIMBABWE Cricket (ZC) national women team’s tour of Thailand has been cancelled after the organisers raised fears over the coronavirus outbreak.

The Lady Chevrons were expected to play in a quadrangular series involving the hosts, Ireland and Scotland.

The national team had been in camp since last month in preparation for the quadrangular series which was part of their preparations for the ICC Women’s Cricket World Cup Qualifier 2020 in Sri Lanka in July.

ZC however made the decision to go ahead with the tour following a request from the Cricket Association of Thailand, with countries involved in the quadrangular tournament working on alternate fixtures in the lead up to the ICC World Cup Qualifier in July.

In a statement, a spokesperson for the Cricket Association of Thailand (CAT) said: “The women’s quadrangular 50-over series that was scheduled to be played between Thailand, Ireland, Netherlands and Zimbabwe in Chiang Mai from 3rd to 11th April has been called off because of concerns over the impact of COVID-19 in Thailand and across the world.

“The competition had been arranged as a warm-up event for four teams who will be playing in the ICC Women’s World Cup Qualifier in Sri Lanka in July but the CAT have taken the decision to cancel in the interests of player safety after ongoing discussions with the relevant medical authorities and the Sports Authority of Thailand.”

Zimbabwe women’s team manager Samkelisiwe Nkiwane revealed that the quadrangular series has now been rescheduled for June at a neutral venue in Sri Lanka.

“The quadrangular has been cancelled due to the fact that Thailand also experienced a few issues with the coronavirus. So, as the countries, we thought that it was to the best of the athletes’ health that the tournament be cancelled,” Nkiwane said.

“What has happened is that the tournament has been postponed to June, just before the qualifiers and it will be held at a neutral venue which we have agreed that it’s going to be Sri Lanka. We want to acclimatise in Sri Lanka,” said Nkiwane.

The Lady Chevrons are in camp in Bulawayo with plans for them to play against Scotland at home next month.

Zimbabwe’s women team has been inactive in international cricket since their failure to participate in the Women’s T20 Qualifier in Scotland in July following the country’s suspension by the ICC.

The Lady Chevrons, who had qualified for the global event after winning the ICC Women’s Qualifier Africa on home soil, were barred from taking part in the ICC Women’s T20 World Cup Qualifier staged in Scotland due to the suspension over government interference in the sport.

Zimbabwe last played competitive cricket in May last year when they won the ICC Women’s Qualifier Africa 2019, a nine-team event that served as part of the qualifying pathway for both the ICC Women’s T20 World Cup currently underway in Australia as well as for the 50-over ICC Women’s World Cup to be staged in New Zealand next year.