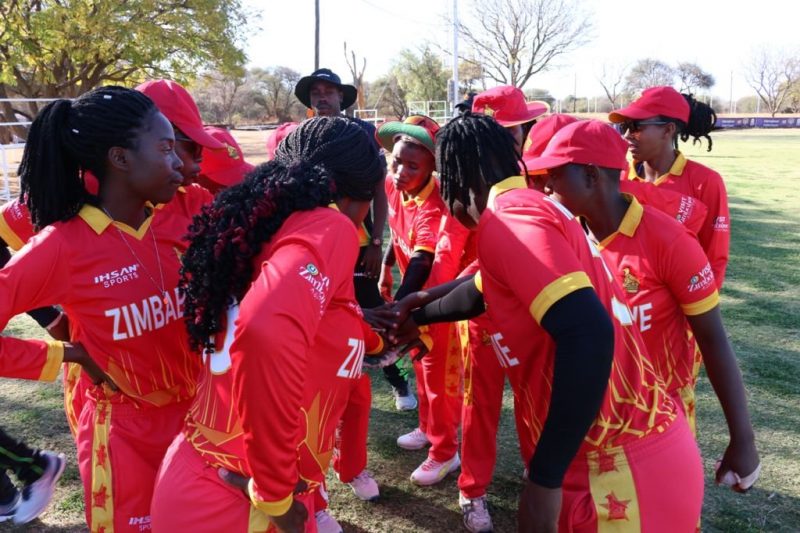 The Lady Chevrons booked their place in the final after beating Uganda women by 14 runs in a hard-fought encounter at the Botswana Cricket Association Oval 1 in Gaborone.

Zimbabwe’s win meant they booked a date with Namibia, who were pushed all the way by a competitive Tanzania side in their pursuit of 90 runs before scrapping to a two-wicket victory with only one ball to spare.

The focus for local cricket fans was however on the Lady Chevrons, who fought back with the ball after they had faltered with the bat earlier on.

Zimbabwe elected to bat first and recorded 108/6 on the board in their 20 overs, thanks to a late rally by the lower middle order.

Zimbabwe had slumped to 44/5 with just over 13 overs played but Player of the match, Precious Marange gave the Lady Chevrons a fighting chance with her brave knock.

The multitalented Marange, who also plays for the national rugby team played an impressive career-best batting performance of 40 runs off 25 balls, which included three sixes and three boundaries.

She shared a crucial partnership with Tshuma 22 (from 21 balls) as the lower middle order gave Zimbabwe bowlers something to defend.

In response, Uganda were bowled out for 94 runs with Esther Mbofana putting on an impressive show after claiming three wickets for just 16 runs while Tasmeen Granger took two wickets for as many runs.

There was a wicket each for Josephine Nkomo, Tshuma, and Marange. Zimbabwe will now face Namibia for a place in ICC Women’s T20 World Cup Qualifier 2022.

The top two teams from the qualifier tournament will progress to the 2023 ICC Women’s T20 World Cup in South Africa.