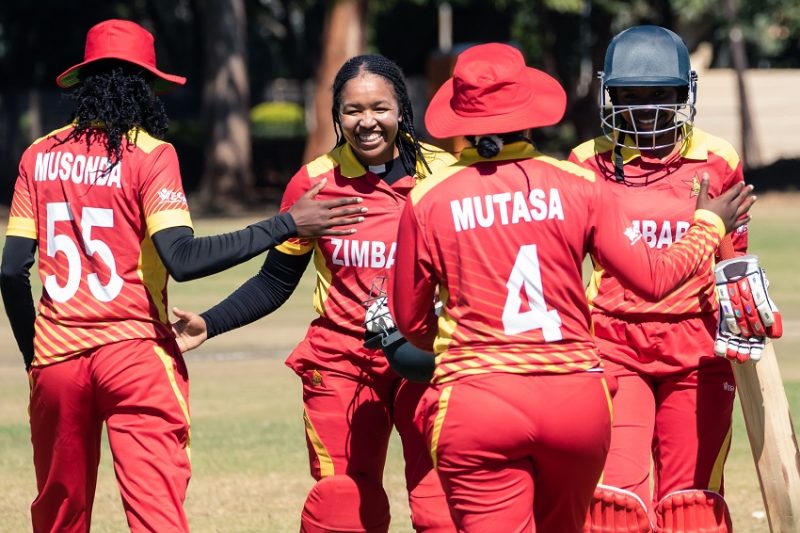 ZIMBABWE’S national women’s cricket team will have an opportunity to get some valuable competitive game time ahead of the World Cup qualifiers later this year when they host the South Africa Emerging Women’s side starting on March 17.

The Lady Chevrons, as the Zimbabwe national women’s cricket team is affectionately known, is currently in camp in preparation for the five 50-over matches against the South African Emerging side to be played at Queens Sports Club in Bulawayo.

ZC announced that a squad of 15 players began their training camp in Harare last Wednesday before taking their preparations to the host city Bulawayo on Saturday.

The Adam Chifo-coached side, who was last month awarded One Day International (ODI) and Test status by the International Cricket Council (ICC), will be hoping to put on a good performance against a South Africa second-tier team which is fresh from a tour of Bangladesh last month.

Their tour of Bangladesh was however cut short due to a flight ban prompted by soaring Covid-19 cases. The visitors had already played four limited-over matches against Bangladesh after arriving in early April.

ZC has been making efforts to ensure that the national women’s cricket team receives regular game time although the team’s recent series at home against Pakistan was affected by the Covid-19 travel restrictions.

The visit by the South Africa Emerging Women’s side will be an opportunity for Zimbabwe to prepare for the International Cricket Council Women’s Cricket World Cup Qualifier scheduled for Sri Lanka in December.

The Women’s Cricket World Cup is scheduled to be held in New Zealand in March and April 2022. It was originally scheduled for 6 February to 7 March 2021 but was postponed by one year due to the Covid-19 pandemic.

The Lady Chevrons are also taking part in the ICC Women’s Qualifier Africa to be staged in Botswana in September.