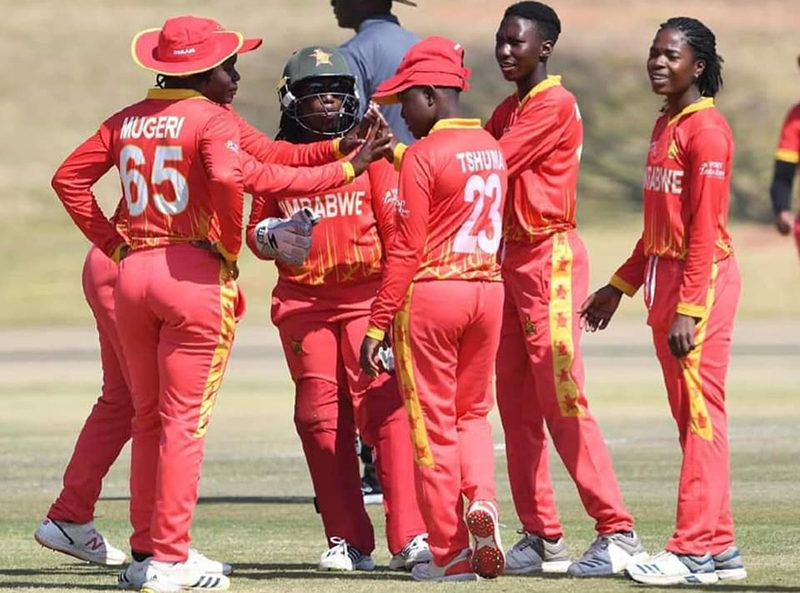 ZIMBABWE’S hopes of qualifying for their maiden ICC Women’s T20 WORLD Cup ended in heartbreak as Ireland squeezed past the battling Lady Chevrons by four runs in a thrilling semi-final of their qualifying tournament in the UAE.

The loss meant the Lady Chevrons will have to wait a bit longer to qualify for their first major tournament after coming agonisingly close to sealing a berth to next year’s tournament in South Africa.

After winning the toss and electing to bowl first, Zimbabwe left themselves with a lot of work to do after dropping crucial catches and leaking runs at the end as Ireland managed to post a competitive 137 for six in their allotted 20 overs.

Orla Prendergast top-scored with 28 while Rebecca Stokell hit an unbeaten 26 off just 12 deliveries towards the end to ensure that Ireland posted a good total.

In the run chase, Sharne Mayers held the innings together for Zimbabwe with a 36-ball 39.

Skipper Mary-Ann Musonda gave her good company with a 29-ball 31, the pair stringing together a fifty-run stand before Mayers was dismissed.

Another important partnership between Musonda and Modester Mupachikwa (17 off 12) looked to have swung the game Zimbabwe’s way.

Arlene Nora Kelly and Jane Maguire took two wickets apiece and Zimbabwe’s required run rate got steeper once the skipper too was sent back.

The Lady Chevrons needed 15 runs off the final over to win, but Irish captain Laura Delany conceded just 10.

They eventually fell short by four runs as Ireland made it to the finals, ensuring their qualification to the ICC Women’s T20 World Cup in South Africa next year.

Bangladesh and Thailand meet in the second semi-final later on Friday to decide Ireland’s opponents in the final.