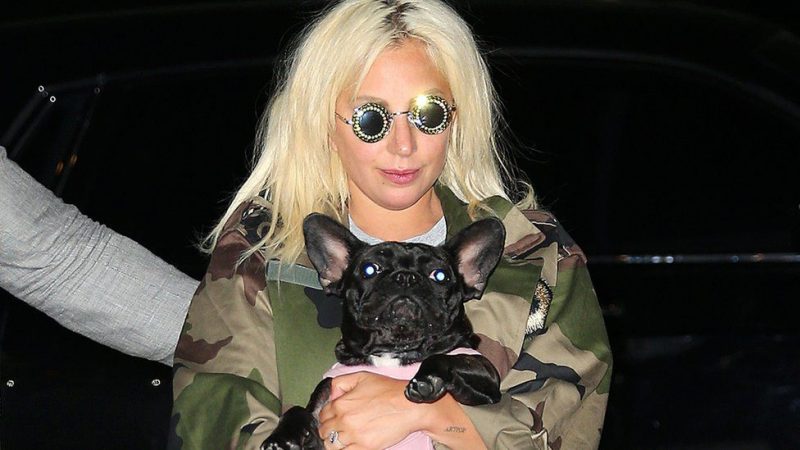 LADY Gaga’s two stolen French bulldogs have been found safe and handed in to police, according to officials.

The two dogs, stolen in an armed robbery, have been “reunited” with the singer’s representatives, police said.

He is in hospital and his family said on Friday that he was expected to make a full recovery.

Details of how the dogs were recovered are unclear. The Associated Press said a woman had brought them to the Olympic Community Police Station in LA and the singer’s representatives had confirmed they were hers. The woman appeared to be “uninvolved and unassociated” with the robbery, a police spokesman said.

The star – whose real name is Stefani Germanotta – is currently in Rome working on a new Ridley Scott film, Gucci. In her first public reaction to the attack, Gaga tweeted on Friday: “My heart is sick.”

“I am praying my family will be whole again with an act of kindness. I will pay $500,000 for their safe return.”

And in another Twitter post, the singer wrote: “I continue to love you Ryan Fischer, you risked your life to fight for our family. You’re forever a hero.”

Gaga is known to be extremely protective of her dogs, who have accompanied her to the American Music Awards and her 2017 Super Bowl Halftime show.

Footage has emerged showing one of the suspects firing at Mr Fischer before making off with the dogs, Koji and Gustav.

A third bulldog, named Miss Asia, ran away and was later recovered by police.

The dog walker was shot in the chest, according to reports in US media.

His family released a statement on Friday praising the medical staff who had been caring for him and saying they were confident for his full recovery, according to US media.

“We cannot possibly say enough to thank all of the first responders, nurses and doctors who have worked so tirelessly to care for Ryan,” the statement said.

“Of course, we also want to thank Lady Gaga who has shown nothing but non-stop love and concern for Ryan and our family right from the outset. Ryan loves Gustavo and Koji as much as Lady Gaga does; so we join in her plea for their safe return.”

Police said the attack happened at about 21:40 local time on 24 February, in the area of Sierra Bonita Avenue and Sunset Boulevard.

“The suspects approached the victim in a white Nissan Altima four door. Two suspects exited the vehicle and demanded the victim turn over the dogs at gunpoint,” the LAPD said in an updated statement on Friday.

“The victim struggled with the suspects and was shot once by one of the suspects. The suspects took two of the three dogs and fled the scene in the suspect vehicle.”

The statement said “the victim is in stable condition”, and the two suspects are described as black males aged 20-25.

It is not clear whether Lady Gaga’s dogs were specifically targeted in the attack.

No arrests have been made.