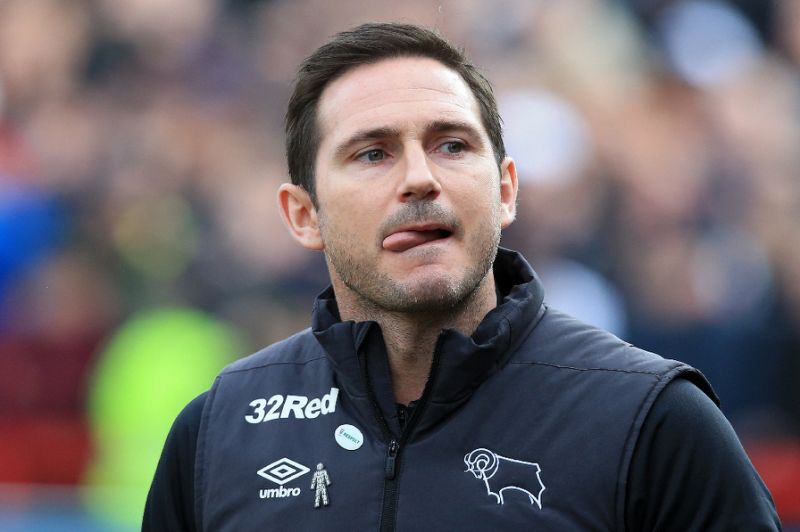 LONDON: Derby coach Frank Lampard insists he isn’t dreaming of a potential return to Chelsea amid talk that Blues boss Maurizio Sarri could be sacked.

Sarri is under fire following a troubled first season at Stamford Bridge.

The Italian’s problems peaked on Sunday when Chelsea suffered their heaviest defeat for 28 years in a 6-0 thrashing at Manchester City.

That led to Lampard, who is Chelsea’s record goal-scorer after a glittering 13-year spell at Stamford Bridge, to find his name mentioned as a candidate to replace Sarri if he is axed by Roman Abramovich.

The former England midfielder helped Chelsea win the Premier League and Champions League among other prizes and is regarded as one of the club’s all-time greats.

In his first stint as a manager, Lampard has earned plaudits for his work at second tier Derby, who are in contention for promotion from the Championship.

But, speaking at a press conference on Monday, Lampard showed respect for Sarri’s perilous position as he made it clear he wasn’t ready to declare his interest in the Chelsea job.

“My job is here. We’re working very hard and my thoughts are on Ipswich Town on Wednesday, and Brighton on Saturday,” he said.

Lampard backed Chelsea to show resilience and respond to the humiliating defeat at the Etihad Stadium, a setback which leaves their top four hopes in turmoil.

Lampard, who had a brief spell at City at the end of his career, admitted he was stunned to see Chelsea out-classed.

“With my Chelsea hat on, 13 years as a player there, you have a feeling for it and it’s not nice, it’s not easy. It doesn’t happen to Chelsea much so when it does it’s a shock,” Lampard said.

“But they’re going up against an incredible team and I had some time at Manchester City as well. I have some feelings for them. The work Pep Guardiola and their incredible squad have done is something special.

“For Chelsea it was a tough day. With all top teams the important thing is you come back strong, no matter what type of defeat. What makes top teams is resilience and Chelsea as a club will have it.”

Chelsea now sit sixth in the Premier League, below Arsenal on goals scored, ahead of what could be a decisive period for Sarri before the end of February.

The Blues’ next game is a trip to Malmo in the first leg of their Europa League last-32 tie on Thursday.