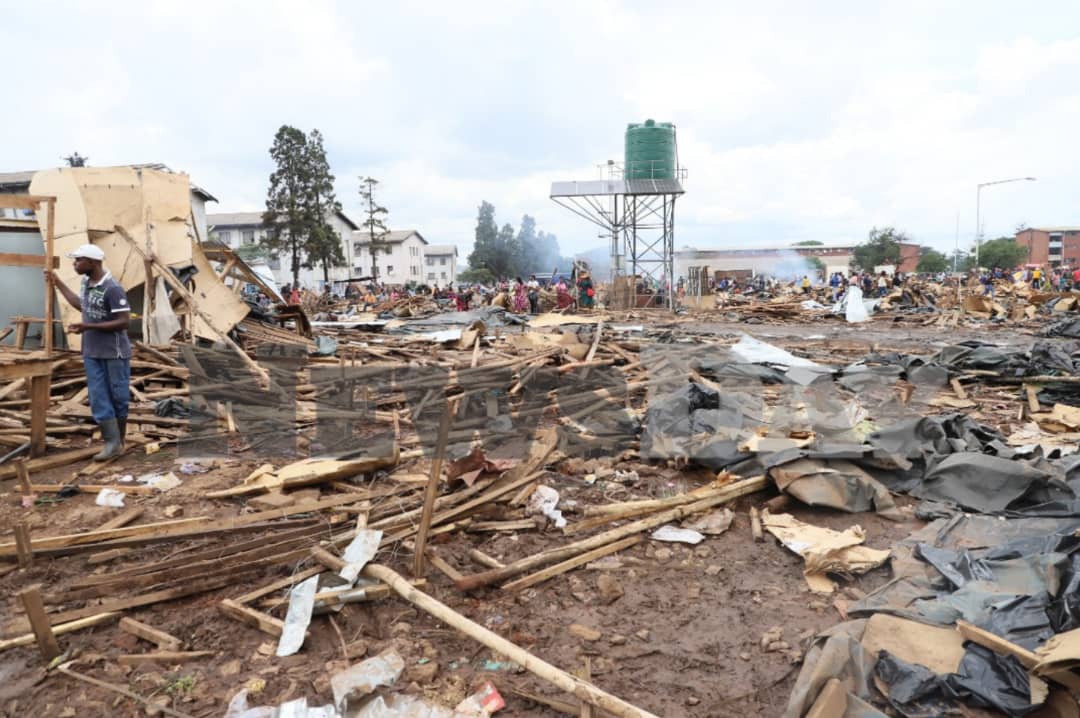 HARARE Metropolitan Minister Oliver Chidawu Tuesday denied the ruling Zanu PF had any links with the chaos prevailing in the capital city and the demolitions of illegal structures would continue.

Addressing the media, the minister said the illegal structures targeted for demolitions, mainly market stalls, were constructed by “rogue” elements who were extorting money from the public.

Chidawu blamed the construction of the illegal structures on “rogue” perpetrators who were tarnishing Zanu PF’s name yet the ruling party had no links to the space or land barons in Harare.

“There rogues claiming to have the endorsement of the ruling party to collect money yet this is false and the party does not have any link, whatsoever, to these individuals.

“Let me make it clear that Zanu PF does not tolerate indiscipline of the sort that is being perpetrated by these space barons and has never received any money from these individuals.

“We do not tolerate space barons or land barons, more so, those who have encouraged the construction of illegal structures in Mbare and were extorting money from the people operating in these structures,” the minister said.

He added: “We are not against any enterprises, but we want order to prevail in the city. We will deal with these rogue elements, especially at Glen View Area 8 market. We are moving to restore order at this complex.”

The minister revealed all public toilets in the city had been grabbed by space barons who were charging exorbitant fees for services yet the public was paying to use the facilities through stipulated local council rates.

The minister has also ordered the city council to temporarily allocate market stalls to vendors whose stables were destroyed last week. The new stalls will be located at the Shawasha Grounds in Mbare. He added the government was looking for an investor to construct standard market stalls.

The minister further promised that Mupedzanhamo Flea Market also in Mbare would be reopened to the public soon. The market was closed in 2020 to contain the spread of the Covid-19 pandemic.

“We do not want people to sell wares in the streets. This is just indiscipline from them to sell their wares from the streets and we will not allow that to happen.

“We need order in the city. We do not want to see people roasting mealies along First Street. As authorities in charge of the city, we have to put order.”