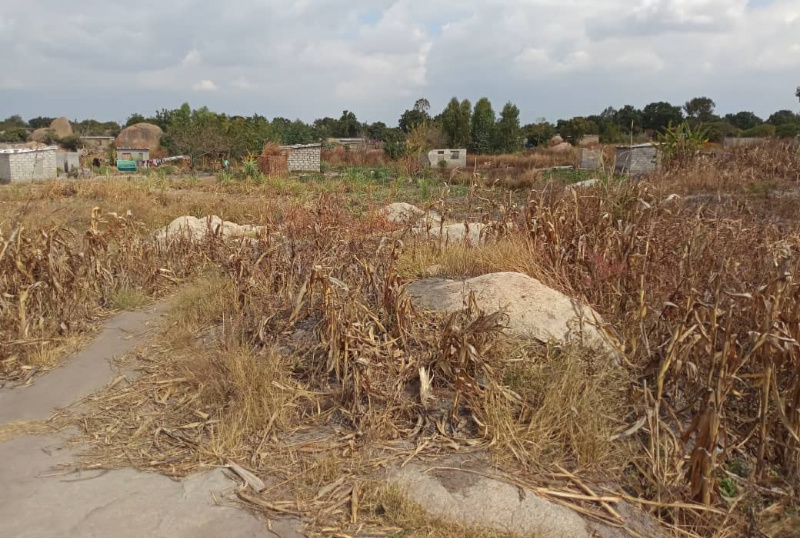 A sprouting illegal settlement is fast setting up on an area reserved for a national project that would link Harare and Chitungwiza through rail.

The ZBC News team went on the ground to gather information regarding the allocation of residential stands on reserved open spaces at Retreat Farm situated 8 kilometers out of Harare.

This investigation unearthed the existence of a syndicate that is invading not only the railway line area but also spaces reserved for schools, nurseries, and even waterways.

Our sources have informed us that this is a volatile ground, so we discreetly film the activities from a safe distance.

As this investigation builds up, we are informed that the parceling out of the land is being done through the Harare South Housing Apex Cooperative Society Limited, which is demanding an affiliation payment of one hundred and twenty (120) United States dollars before one is allocated a residential stand.

His responses are shaky and despite his continued denials of being involved in the allocation of the stands on the reserved areas, he gives us the link to a Mr. Eddison Ringwa whom he says is the brains behind the project.
And so our next call is directed to Mr. Ringwa.

“… yes the residential stands are there for five thousand (5000) US dollars each.”
Q: “…but we understand you are giving people stands where there is supposed to be a railway line.”
A: “No, the railway line project is not going anywhere, which is why we are now giving people the land.”
Q: “Who told you to do that?”
A: “No one but let me give you Cde Marshal’s contact details.”

This investigation is informed of a Mr. Marshal who is the supposedly high placed figure in the allocation procedure.

We are promised that he would call but the call is never fulfilled.

A shocking revelation is made to this crew that the Harare South Housing Cooperative Society Limited is still utilising a signature of its late Chairperson, identified as Mr. T Nkomo, who passed on in August last year.
Our next step was to engage the government as we sought to highlight this worrying trend that openly defies efforts to stamp up the activities of land barons.

“This is very illegal and we will be moving to rectify this. We want to warn these land barons and the people who are buying that they are just losing their money to these thieves,” said the Minister of Provincial Affairs and Devolution for Harare province, Honourable Oliver Chidau.

Despite taking long to implement, the Harare-Chitungwiza urban rail project remains a priority project hinted through a commitment made by the Infrastructure Development Bank of Zimbabwe last year to revive investment towards the project.