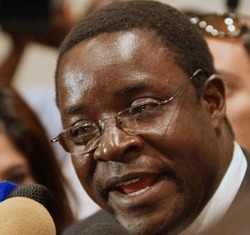 The amount of articles that are “pregnant with information” has got to a point where I have thought about getting the Daily News a Thesaurus just so that they realize that there are other ways to condense information and convey meaning.
FIRST of all, I really want to express my appreciation of the fact that it is not easy to be a journalist in Zimbabwe. For the most part, it is truly a labour of love and, for this reason, I have great admiration and reverence for the men and women who have dutifully kept us informed and amused all these years.
But I thought I would write about something that is on everyone’s mind when they read Zimbabwean newspapers; the Language used. The language used to engage journalists and or to communicate with the public has become ridiculously dumbed down and, sometimes, often monosyllabic.
I am hardly a connoisseur of the English language and the mistakes I make would make anyone weep. However, Zimbabweans are intelligent people and I think we just deserve to be treated and spoken to as such. Certainly, we deserve to not only be informed by journalism and press secretaries but, to come off after reading a brief, feeling, well, more educated than before, and this begins with the language used.
Now, I read this statement by Presidential spokesperson George Charamba that made my skin crawl and really got my hackles rising a little bit. A statement that was actually more distracting due to the manner in which it was communicated essentially deflecting from the message it wished to convey. In the statement, Charamba reportedly said:
“You guys (journalists) must go back to school. I plead with you,” he said, adding, “If you are in the habit of reducing foreign policy to the number of hours on the plane and days out of the country then you are very ignorant”.
“There is not a single journalist who has engaged me on the value of the trips, everyone is fixated with the number of hours a plane takes to get to a destination. Is that what you are capable of? Cry the beloved profession!”
First of all, “You guys” is hardly appropriate language to use when addressing the press for the simple fact that, amongst the members of the press there are women (I say this rather amusingly but it’s a fact). Secondly, “If you have a habit” is a statement used to instruct seven-year-olds at the school infant block. The forbidding tone that it takes is hardly amiable to any adult, let alone, a professional newsman. Furthermore, calling people within any profession “ignorant” is also, insulting.Advertisement

That said, journalists are also not there to engage “the press secretary”, they are there to ask pertinent questions which are on the publics’ mind. One of those questions is, after failed harvests, which have resulted in Zimbabwe importing grain from Zambia (something that is soul-crushing and humiliating for Zimbabweans on a number of levels) and the economy on the verge of collapse once again coupled with the political mayhem.
Yes! By Golly, journalists have not only the right but also are justifiably “fixated with the number of hours a plane takes to get to a destination” and the destination that a state-funded entourage has travelled to with our 91-year-old president. Journalists also have a duty to have these conversations with Mr Press secretary.
Harare is drowning, literally and figuratively, and as many as 13,500 children dropped out of school completely – a 45% rise from last year – and yet the state has used the equivalent amount of money that would have kept 35,000 children in school for this year which is, over US$10 million to send a 100-person delegation around the world with the president!
I am sure our international friends are fully aware that we are hard up at present and they should understand if we prefer they visited rather than us going to their countries on “foreign policy missions” which according to Mr Charamba are beyond the realms of comprehension of journalists (LOL!). Our friends would understand because we simply do not have the money “You guys”!
As for you “guys in the press”, I am starting to understand why George speaks to you in a manner and tone that denigrates your “Cry the beloved profession” (this is amusing and no pun intended). To say the least, and as amusing as it is, reading about Chiyangwa is actually insulting to us the readers and it is a waste of valuable newspaper space because we have better things to actually worry about than a man who decides to have a very public mid-life hoo-ha.
I have wanted to write about this subject ever since “the very cultured Bona” and “the very cultured Elizabeth Tsvangirai née Macheka” got married. I hope you realise what I mean when I say all those statements are awful because I am still yet to see both women (who, judging by what your intended meaning, are women who uphold traditional values) demonstrate their love for the arts and foreign language. (I hope you understand how amusing this is). So let me just delve into it.
Firstly, this is an inappropriate way to discuss the fact that Econet has muscled in to protect its interests:
“Zimbabwe Union of Journalists (ZUJ) secretary-general, Foster Dongozi said Econet was urinating on Journalists’ rights and the move should be condemned.”
If you wanted to express the fact that Econet has used undue force thus undermining press freedom I am sure you could have found better ways to say this.
Secondly, the amount of articles that are “pregnant with information” has got to a point where I have thought about getting the Daily News a Thesaurus copy just so that they realize that there are other ways to condense information and convey meaning.