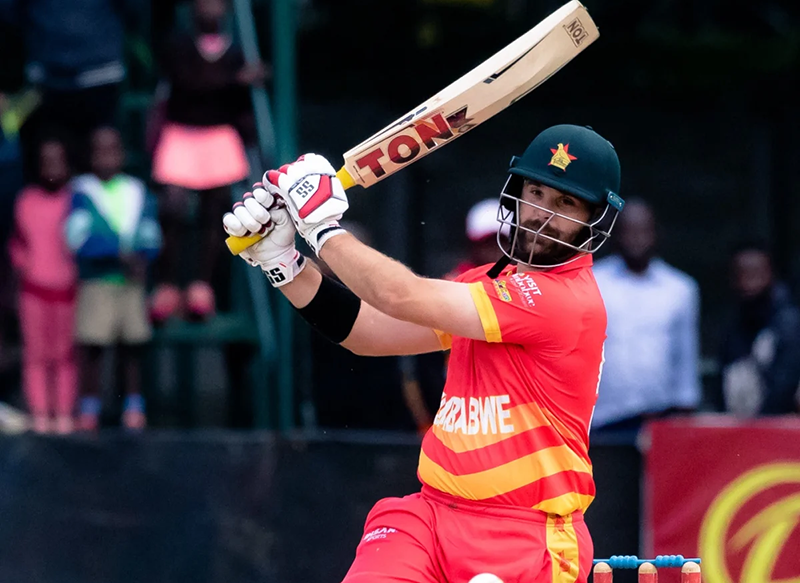 HARARE: The opening match of the One Day International series between Zimbabwe and Ireland came down to the final ball after a thrilling day’s cricket in Harare.

Centuries from captain Andy Balbirnie and Harry Tector had boosted Ireland to a first-innings total of 288/4, with a rain delay cutting the number of overs in the chase to 37.

The momentum swung back and forth throughout the second innings, with six batters reaching double-figures but only Ryan Burl going on to the half-century mark with a fiery 59 from 41.

Burl was run out in the final over but had already played his part in Zimbabwe smashing 23 runs from the last eight balls of the innings, to snatch victory at the last.

A boundary was required off the last ball for Zimbabwe to win it, and Clive Madande did precisely that to spark jubilant scenes in Harare.

Earlier, Victor Nyauchi had bowled opener Stephen Doheny in his first over to get Zimbabwe off to a great start, with Paul Stirling also falling cheaply to leave Ireland with both of their openers back in the hutch and with just 25 runs on the board.

However, captain Andy Balbirnie steadied the ship with a superb 121 from 137 balls before being forced to retire hurt.

And alongside Harry Tector, who finished unbeaten on 101* from 109 balls, they put on 212 runs in a brilliant third-wicket partnership.

The rain reduced the target from 288 to 214 for Zimbabwe to chase. But in Mark Adair, Josh Little and Graham Hume, Ireland forced the home side behind the required rate and took wickets at regular intervals.

Craig Ervine (38) and Gary Balance (23) picked up the pace slightly after an extremely slow start to the innings. But Zimbabwe needed some attacking intent lower down the order.

Their returning T20 World Cup star Sikandar Raza provided some of that intent with a sparky 43 from 45 balls, but it was Burl who stood out, hitting eight boundaries in his 58 from 41 to give Zimbabwe a chance as the game reached its business end.

Six and out from Brad Evans in the final over left Zimbabwe needing five from two to win the game, before new batter Willington Masakadza managed just a single off the penultimate delivery.

Madande had struggled for fluency, failing to find the ropes in his eight balls faced. But tasked with needing a boundary to win the match, he delivered, finishing on 12* from 9 balls to take Zimbabwe to 214/7 and a thrilling win.

The second match of the series will be held on the same ground on Saturday, with the third and final fixture of the series scheduled for Monday, also in Harare.