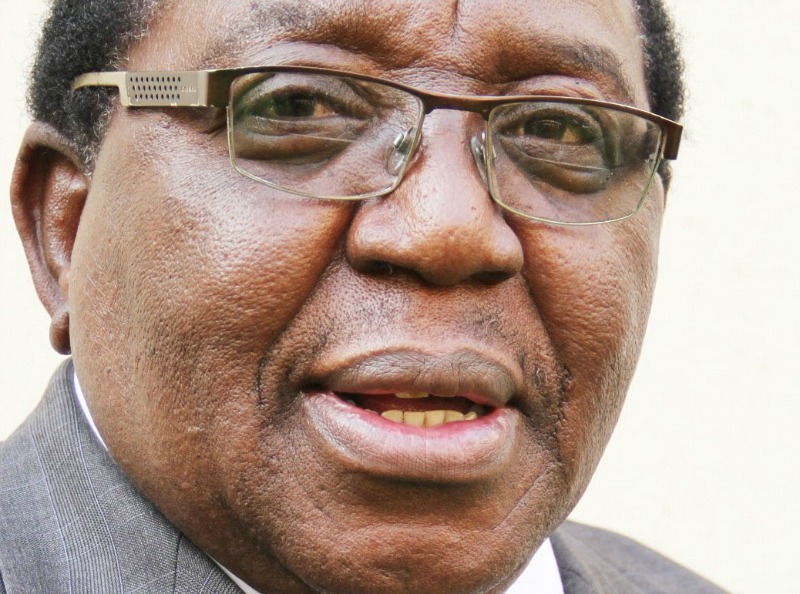 THE late Chief Vezi Maduna Mafu died a bitter man after the architects of the November 14 2017 military coup allegedly snubbed the Chief’s suggestion to appoint Simon Khaya Moyo as the second vice president.

Chief Maduna of Fulabusi area in Matabeleland South province died Saturday at the age of 86 following a stroke which he suffered in 2019.

Mthwakazi Republic Party (MRP) president Mqondisi Moyo who was one of the late Chief’s confidantes confirmed this to NewZimbabwe.com.

He claimed soon after the military-backed coup, which ousted then President Robert Mugabe from office, army general Constantino Chiwenga, who played a leading in the coup d’état, visited the deceased to seek his advice on the ideal person to be vice president representing Matabeleland region.

“Sometime last year, Chief Vezi Maduma summoned me to his homestead. When I arrived there with my team, the family was already waiting for us with uMama Indlovukazi, UmaMpala and the sons,” said Moyo.

“The chief narrated to us how soon after the coup, General Chiwenga and his aides visited him and asked for his wisdom on whom would have been the good candidate to be the vice president from Matabeleland representing Zanu PF government under Emerson Mnangagwa.

“Out of honest, he raised the name of Simon SK Moyo and Chiwenga and his crew appreciated his suggestion and assured him that definitely SK Moyo was going to be the next vice president,” claimed Moyo.

The MRP president further claimed when SK Moyo heard the news that the chief had recommended his name, he bought the late chief a car as a thank you.

“When the news that the wise Chief had suggested SK Moyo to be the next vice president filtered in his ears, he was overjoyed and delivered a nice car to Chief Vezi Maduna as a thank you.

“The Shonas had just wanted to test the chief and suddenly the Shonas settled for Kembo Campbell Mohadi, much to the disappointment of the chief who said to me ‘if they had their own person why did they come to me for consultation?’,” said Moyo.

He said during his meeting with chief last year, a lot of things were discussed between the two.

“The Chief gave a lot of respect of MRP and urged us never to look back as we are the only hope remaining to serve Mthwakazi people,”