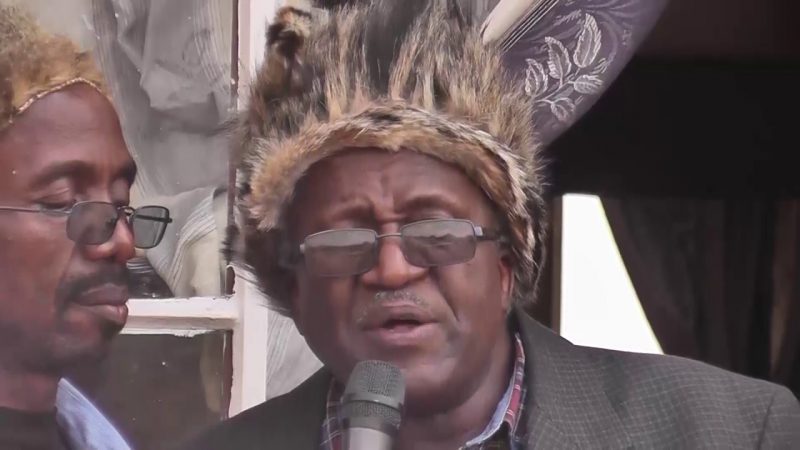 TRADITIONAL leaders cannot resolve the Gukurahundi issue that has left the people of Matabeleland and part of Midlands provinces with incurable wounds, Sibangilizwe Nkomo has said.

Nkomo is the son of the late former Vice President Joshua Nkomo.

He was responding to President Emmerson Mnangagwa’s meeting with Matabeleland chiefs to review progress made in addressing the Gukurahundi issues which left over 20 000 civilians killed in the early 1980s.

The meeting was held last Saturday at the State House in Bulawayo where the National Council of Chiefs highlighted eight issues revolving around the Gukurahundi issue.

However, Nkomo who is aspiring to be president of the opposition ZAPU president said he is convinced the government was insincere in resolving the Gukurahundi massacres.

He also questioned the role of civil society organisations (CSOs).

“Mr. Mnangagwa is said to have met with Matabeleland-based civic society organisations under the banner of the Matabeleland Collective. The public must know the exact identities of the so-called CSOs and what their interest is in Gukurahundi,” said Nkomo.

He also accused the chiefs of leaving out key issues among the demands raised last Saturday.

“There is no accountability and justice. This renders the entire process incomplete and starting at the end. The resolution of Gukurahundi must not be about birth and death certificates or even reburials. These can be done but premised on a serious quest for justice and accountability.

“Without these, the genocide will still be unresolved, missing in the key issues is an acknowledgment and apology. There is no way people can be expected to move on in the absence of an apology from the perpetrator,” said Nkomo.

“The NPRC (National Peace and Reconciliation Commission) that was established by the government must focus on other things and not come anywhere near Gukurahundi. This is because some of its commissioners are self-confessed Zanu PF members.

“It is common knowledge that Zanu PF is a serious player in the genocide and none of its members can be impartial. In any case, the NPRC spokesperson confirmed that Gukurahundi is not a priority for the commission.”