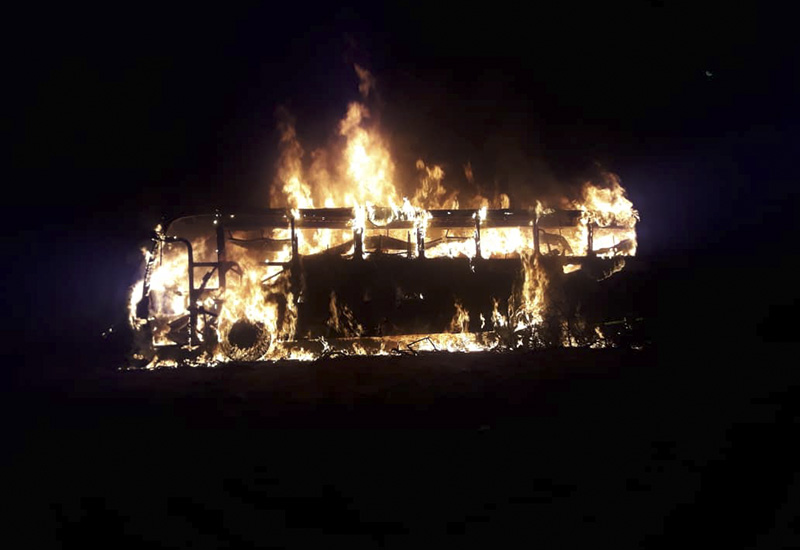 AT least 42 people are feared to have been burnt to death after a bus they were travelling in burst into flames in Matabeleland South.

Unconfirmed reports indicated that a “substance” believed to have been petrol or gas could have been behind the explosion.

“It is suspected that one of the passengers had gas or petrol in the trunk which exploded early this morning setting the bus on fire.

“Some 40 people have been confirmed to have died and several others injured. The accident happened near Brooklyn between Beitbridge and Gwanda,” a journalist in Beitbridge said Friday morning.

Police confirmed the accident and were expected to issue a comprehensive statement later during the day.

The bus plies the Zvishavane-Musina route.

In the past few weeks Zimbabwe has been struggling with fuel and domestic gas supplies forcing citizens to horde the dangerous commodities.

Meanwhile, the accident comes barely weeks after another bus crush killed 46 people near Rusape following a head on collision.

Zimbabwe’s roads have become death traps and only Thursday President Emmerson Mnangagwa told a police pass-out parade that plans are afoot to install cameras at all intersections as well as along the highways to curb fatalities on the roads.