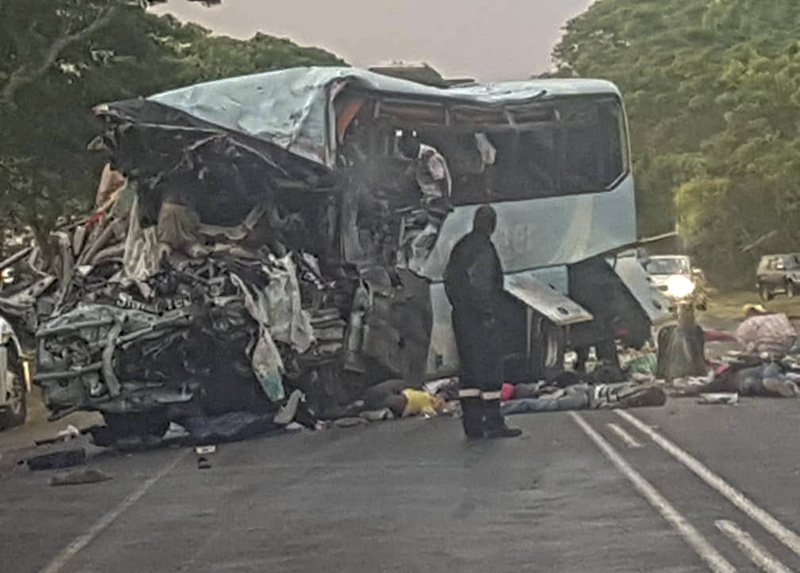 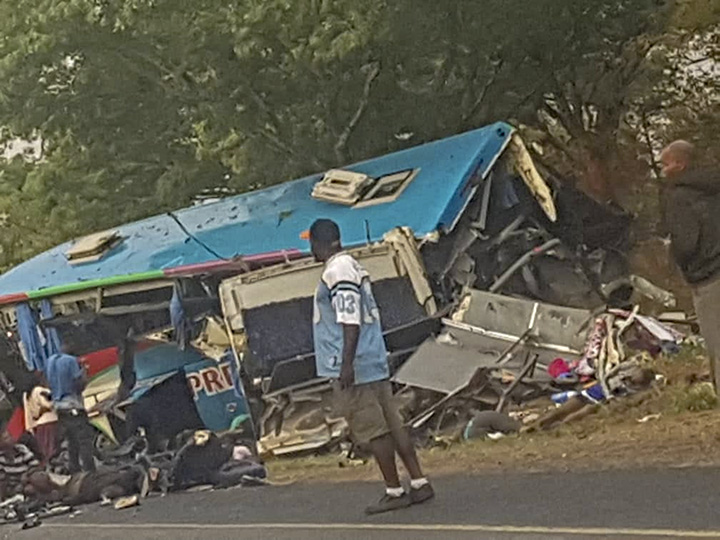 Wreckage of one of the coaches which was involved in the accident.

FORTY seven people died on the spot Wednesday evening while dozens were injured in one of the most horrific accidents in Zimbabwean road transport history.

The death toll is expected to increase.

The accident involved a Bolt Cutter Bus Company coach travelling towards Harare and a Smart Express bus heading in the opposite direction.

“I can confirm that 47 people died in an accident after a head on collision between two buses at the 156km peg along the Harare-Mutare road,” said Nyathi.

“The accident occurred at around 7pm close to the toll-gate as we approach Rusape.”

Gruesome pictures of the accident site went viral on social media with panicky citizens struggling to ascertain whether they had relatives on the two buses.

Nyathi said so deadly was the crash that police were, two hours later, still not sure how many people had been on the two buses.

“As we speak we have police officers on the ground trying to help survivors,” said the ZRP spokesman.

“We have no idea how many have been injured but it’s a very bad situation. We will have finer details tomorrow (Thursday).”

Failing infrastructure due to years of neglect and lack of maintenance has turned Zimbabwe’s roads into death traps posing great risks to motorists and passengers alike.