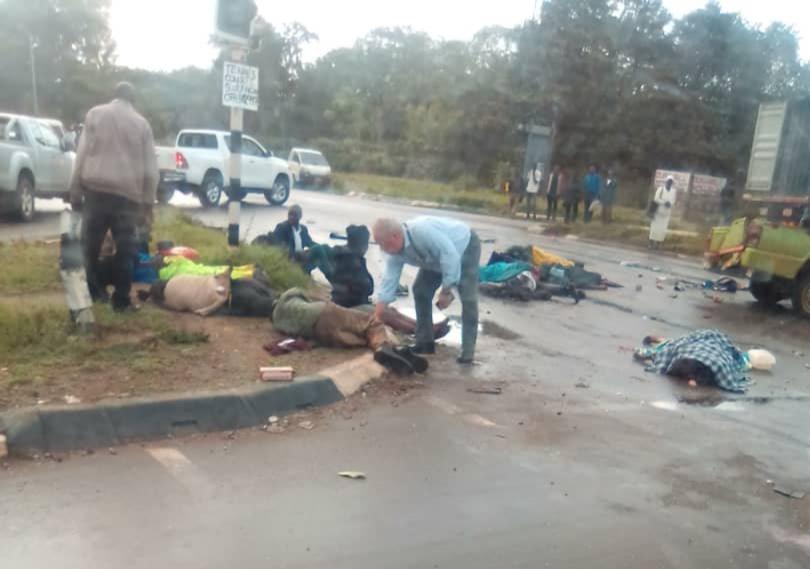 ATLEAST five people are reported dead while 11 others were left injured when a haulage truck collided with a pick-up truck at the intersection of Harare Drive and Borrowdale Road.

The incident happened Thursday during the morning rush hour.

Traffic lights at the intersection have not been working for some time.

Horrific images of dead bodies strewn on the tar are circulating on social media.

Police have confirmed the incident.