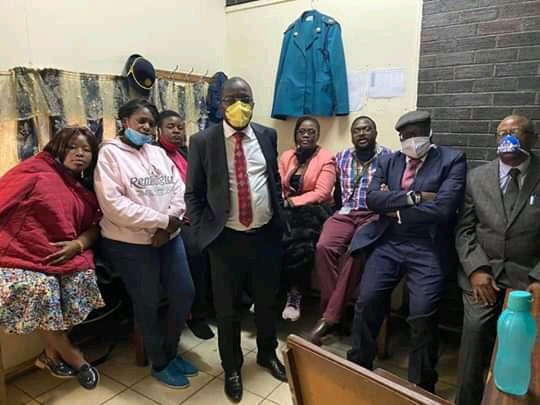 The politicians are involved in a messy fight for the ownership of the party headquarters, home of the main opposition party since 1999.

The seven were represented by Beatrice Mtetwa who complained in court that the police failed to adhere to Covid-19 regulations and exposed the politicians to a risk of contracting the virus.

“They were loaded into a truck with an officer who was coughing badly. They were not given masks or any sanitisers despite requests. The cells were overcrowded and not sanitised.”

Mtetwa said the accused intended to sue the police for exposing them to the pandemic.

The State did not oppose bail.

The MDC lot will be back in court on July 24 for its routine remand.

Mtetwa gave the notice to challenge placement on remand on the next date.