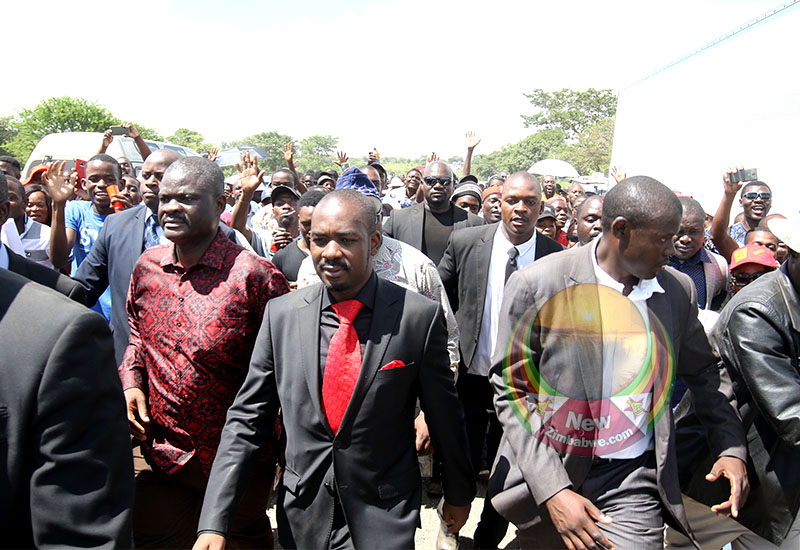 MDC President Nelson Chamisa says his party will engage in a radical approach and hold demonstrations to push President Emmerson Mnangagwa to the negotiation table and the implementation of political reforms ahead of the 2023 elections.

Addressing the media at the party headquarters in central Harare Tuesday, Chamisa said his party would not accept any ‘tomfoolery’ from the State and police in attempting to block his party from holding peaceful demonstrations.

He said people across the Zimbabwe had told him during his recent consultation process, that they were prepared to get onto the streets and hold demonstrations over the deteriorating state of the economy and the disregard of citizens’ rights by the State.

“We will see more protests. We have the Constitution which gives the people the power to hold peaceful demonstrations,” he said.

“We have the right to protest. What we have to give is the oxygen. We will provide leadership. We will not accept any tomfoolery from the police,” said Chamisa.

He said last year, the police banned the MDC from holding 18 public events across the country.

“They will arrest and kill some of us, but no gun is more powerful than a conscious mind. Some people are saying why don’t you focus on 2023. That is foolishness. Foolishness is doing the same thing with no results. There has to be a radical approach, a disruptive approach.

“No gun is effective against a people who are resolute. We have given peace a chance. The regime must not take us for granted,” said opposition chief.