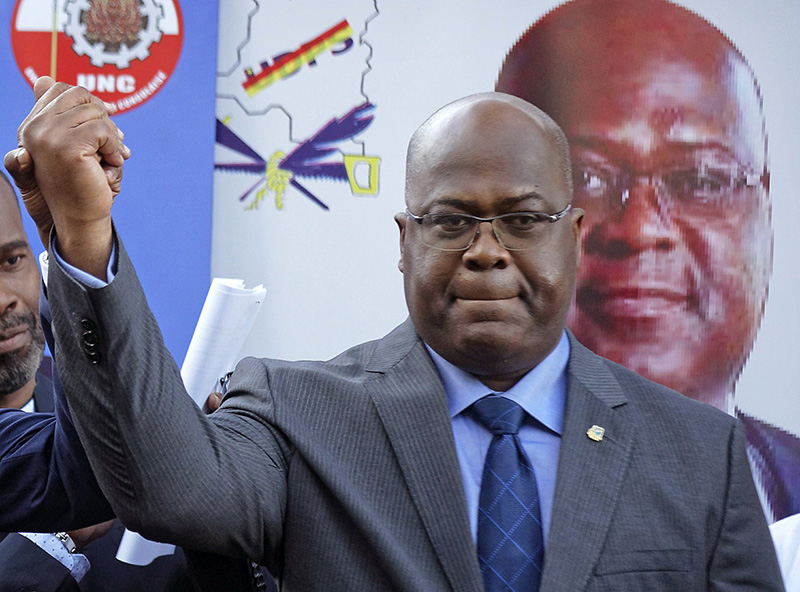 NAIROB: East Africa’s leaders have responded to the threat of war between Rwanda and Congo by instructing a new regional force to deploy in eastern Congo and ordering an immediate cease-fire.

A statement after the leaders’ meeting in Kenya’s capital, Nairobi, didn’t give details on the date of deployment of the force or its composition. Congo had welcomed the force’s presence but not neighbouring Rwanda’s participation. The presidents of both countries attended Monday.

The regional heads of state adopted “for immediate implementation” the status of forces agreement, concept of operations and rules of engagement, the statement said. The heads of state told the force to cooperate with Congolese forces to stabilize the region.

There was no direct mention of Rwanda, which Congo has accused of supporting the M23 rebel group that has carried out renewed attacks in recent months. The statement noted the “presence of foreign negative elements” as a critical issue. Rwanda has long denied supporting the M23 rebels, who captured a key town in eastern Congo last week.

Asked after Monday’s meeting whether Rwanda would contribute troops to the regional force in eastern Congo, deputy government spokesman Alain Mukurarinda said he needed to check with the president’s office. Congo is not the one who chooses who should deploy or not, he added.

Congolese President Felix Tshisekedi on Friday accused Rwanda of trying to occupy his country’s land for its vast mineral wealth, hours after Rwanda said a Congolese soldier had crossed the border and begun shooting at Rwandan security forces and civilians before being shot dead.

Congo’s president has also called on international leaders, including British Prime Minister Boris Johnson, to step up the pressure on Rwanda when it hosts the Commonwealth summit this week.

Each side has accused the other of incursions. Congo now seeks to suspend all agreements with Rwanda. Rwanda’s state minister for foreign affairs in charge of East African matters, Manasseh Nshuti, has said dialogue “is the solution” to the issues.

Dynamics in eastern Congo “were already strained” by Congo and neighbouring Uganda carrying out a joint operation there against another rebel group, the Allied Democratic Forces, according to a new report by the U.N. panel of experts on Congo. Both Uganda and Rwanda have long been accused of backing rebels and pursuing some of the region’s rich mineral wealth, including gold.