HARDLY 24 hours after banning all public gatherings as part of government efforts to protect the nation from a possible coronavirus outbreak, President Emmerson Mnangagwa was Wednesday caught offside when he addressed “thousands” of Zanu PF supporters who gathered in Nyanga’s Nyamaropa area for his rally. 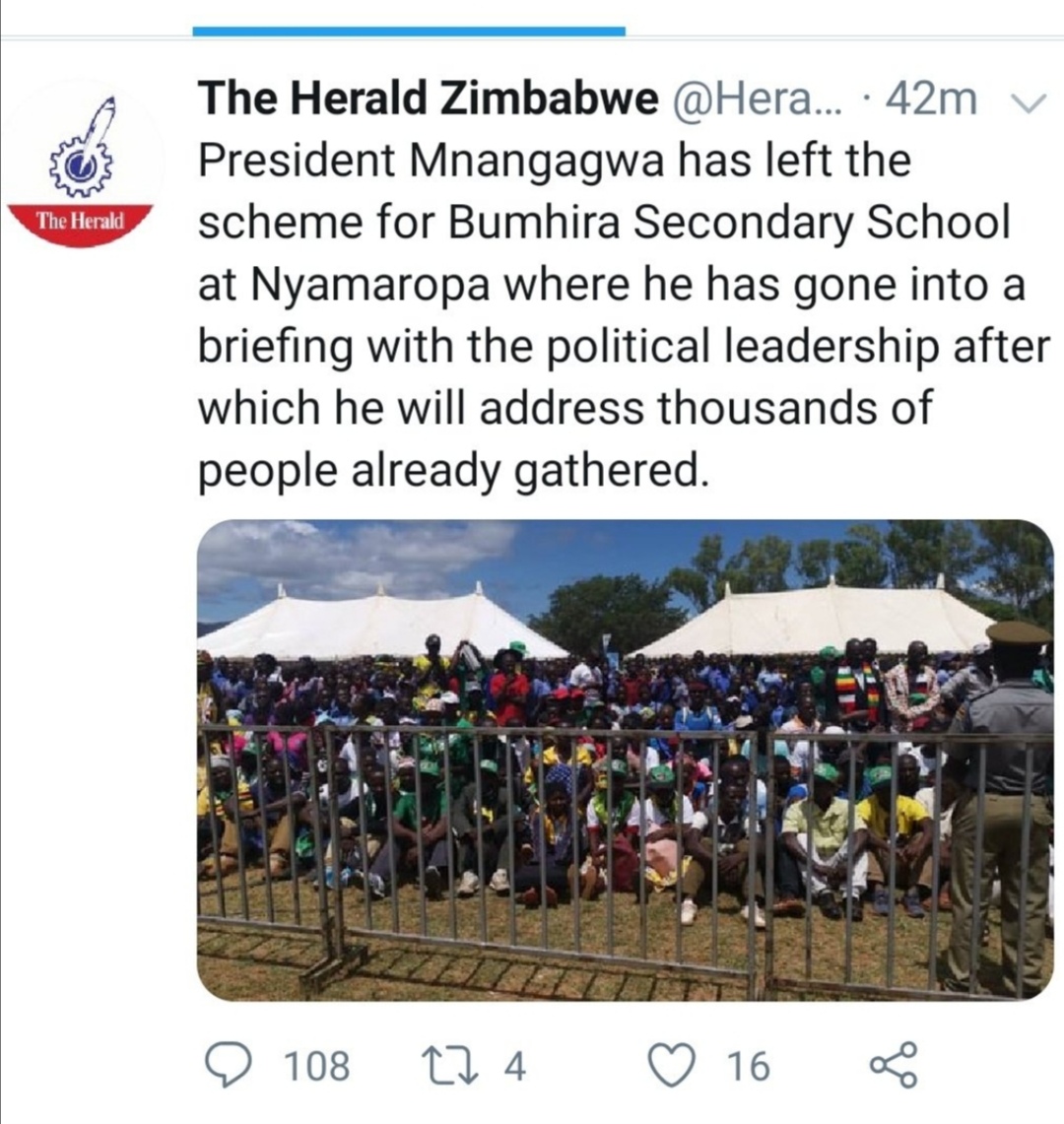 Mnangagwa Tuesday announced a raft of measures, top among them a ban on weddings, sports and church gatherings, in attempts to minimise physical contact among locals.

The President also moved to suspend the Independence Day celebrations next month as well as the annual Zimbabwe International Trade Fair.

He forgot to suspend his own rallies.

According to the Zimbabwe Broadcasting Corporation (ZBC), Mnangagwa took pleasure at the huge turnout at his rally. 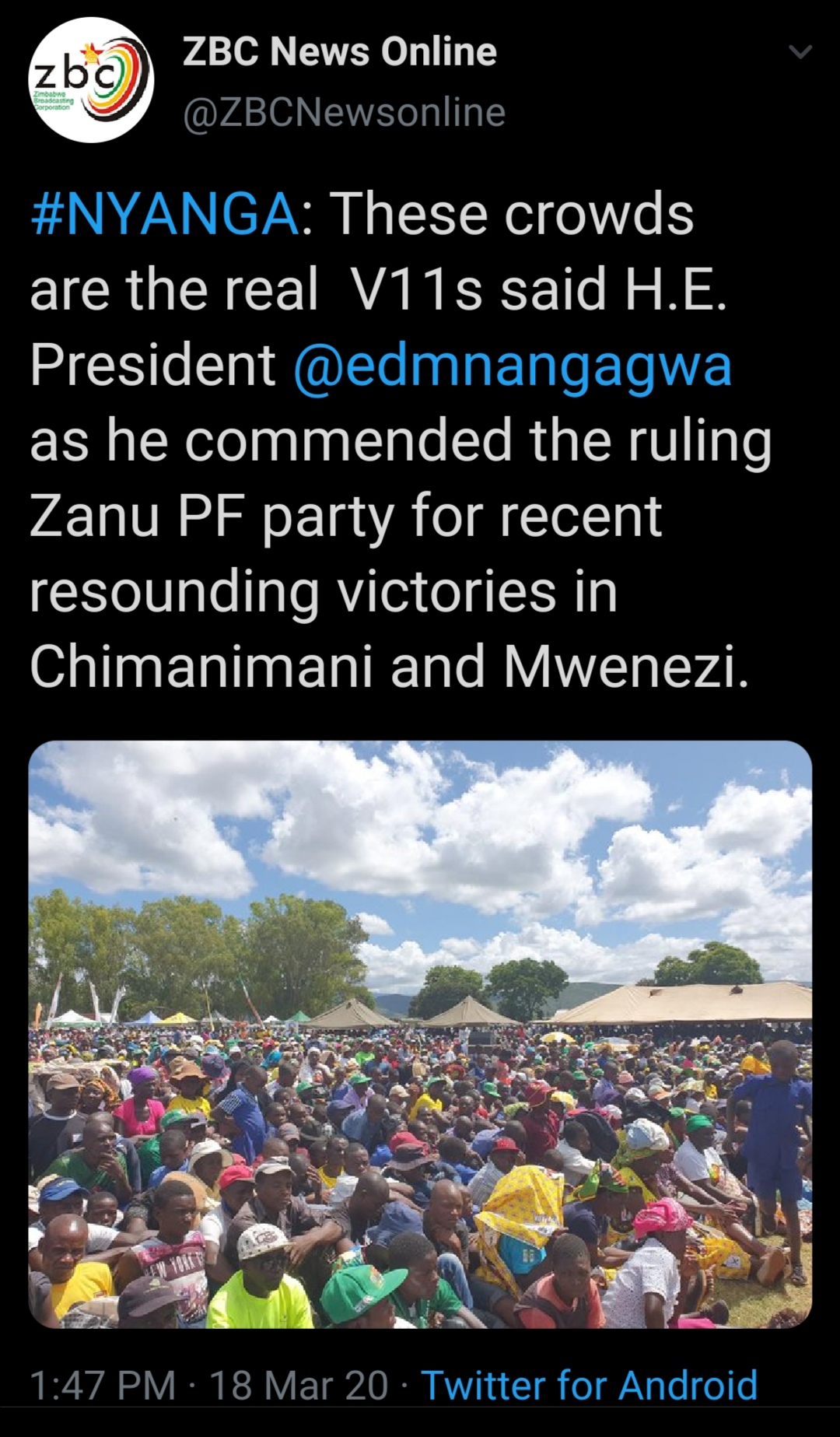 In his Tuesday address to the media, Mnangagwa said “Government has decided to postpone, curtail or cancel public events, gatherings and activities.”

He added, “Gatherings of more than 100 people, including those for purposes of worship and weddings stand suspended for the next 60 days after which the suspension will be reviewed.”

He did not state that the ban would start on 20 March.

However, ZBC was found trying to tidy up the President’s mess through strange claims the ban on gatherings starts 20 March. 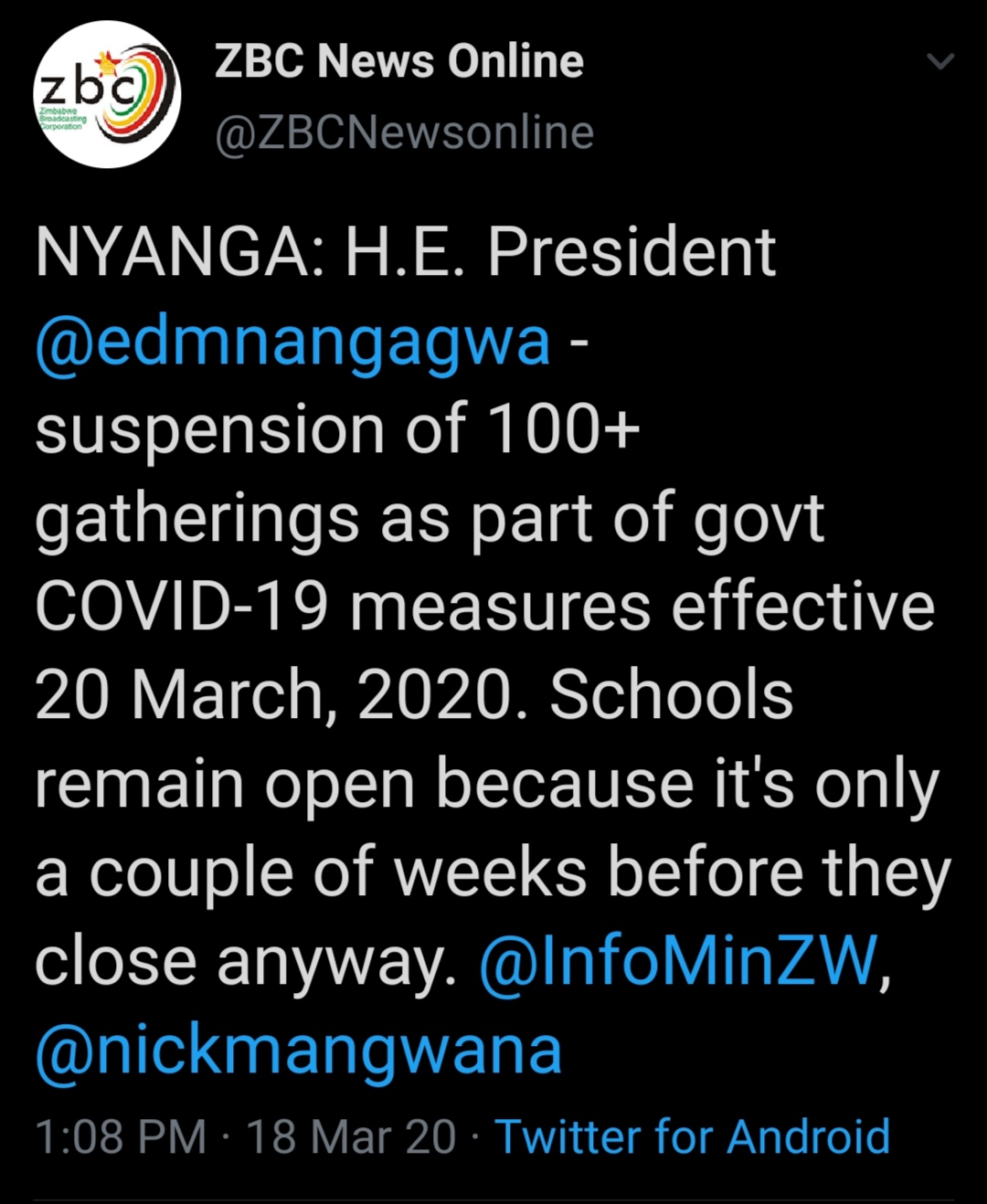 The World Health Organisation has discouraged public gatherings with the majority of public events around the globe including the popular English Premier League being suspended.

Zimbabwe is yet to record a confirmed case of coronavirus although the possibility of an outbreak remains very much alive, moreso, after the virus is spreading like wildfire in neighbouring South Africa which has recorded 85 cases in almost a week.