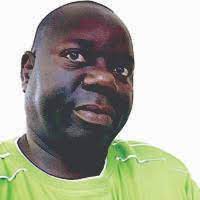 The sanction comes after he was found guilty of abusing his privileged position to molest female referees.

FIFA said evidence presented by the victims, which included written statements from the women, convinced the jury to convict Zhoya of the charges.

“The adjudicatory chamber of the lndependent Ethics Committee has banned Mr Obert Zhoya, former secretary general of the Referees Committee of the Zimbabwe Football Association (ZIFA) from all football-related activities
for a duration of five years, after having found him guilty of abusing his position to sexually harass three female ZIFA referees,” FIFA said in a statement Thursday.

“In addition, the adjudicatory chamber imposed a fine amounting to CHF 20,000 on Mr Zhoya.

“Upon careful analysis of the written statements of the victims as well as the various evidence collected during the investigations conducted by the investigatory chamber, the adjudicatory chamber was comfortably satisfied
that Mr Zhoya had breached article 23 (Protection of physical and mental integrity), article 25 (Abuse of position) and, by corollary, article 13 (General duties) of the Code of Ethics.

“The terms of the decision were notified to Mr Zhoya today, the date on which the ban comes into force, and will be followed by notification of the grounds within the next 60 days in accordance with the Code of Ethics.”

FIFA added: “FIFA has a strict stance against all forms of abuse in football and the Ethics Committee handles all such cases in line with the Code of Ethics, taking into account the specificity of each. FIFA also provides a confidential, dedicated, highly secure and web-based whistle-blowing system so that individuals can report any safeguarding concerns.”

The allegations against Zhoya, and suspended ZIFA board member Brighton Malandule who chaired the ZIFA Referees Committee, were first reported in 2020.

However, the ZIFA leadership led by the suspended president, Felton Kamambo, were accused of failing to act decisively on the matter until their suspension by the Sports and Recreation Commission (SRC) in November
last year.

In fact, Zhoya remained in his position until April this year when he formally stepped down due to pressure from FIFA.