A POLICE officer was left lying in a pool of blood Friday night after gunshots were fired at the home of a Zimbabwe Electoral Commission (ZEC) official.

An evidently anxious ZEC commissioner Qhubani Moyo confirmed the incident to NewZimbabwe.com but said he could not give more details as he was talking to police officers at the time.

Moyo, who was the spokesperson of the ZEC commissioners d

uring the July 30 elections said the incident had occurred at his Bulawayo home.

“I’m not sure what is happening; I’m trying to find out, police are at my house,” he said.

“So, I don’t have any comment at the moment, I brief you later.”

He added; “I’m in Harare but my family is in Bulawayo, Selbourne Park.”

The incident came after the Constitutional 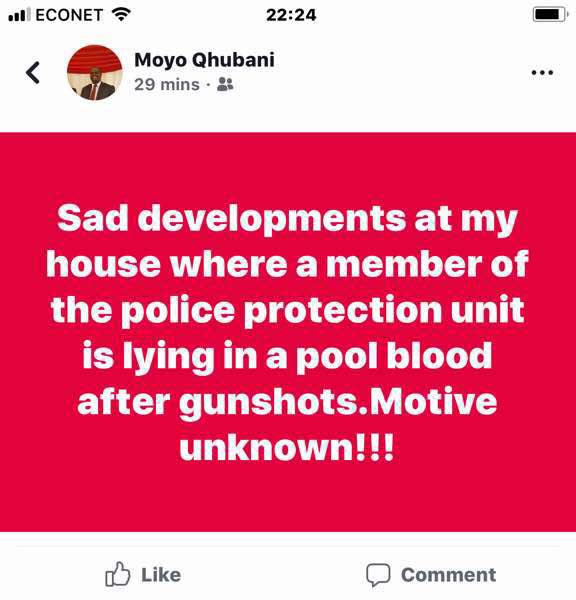 sidential poll, accusing ZEC of manipulating the vote in the incumbent’s favour.

The unanimous court decision that the

opposition failed to produce “sufficient and credible evidence” to back