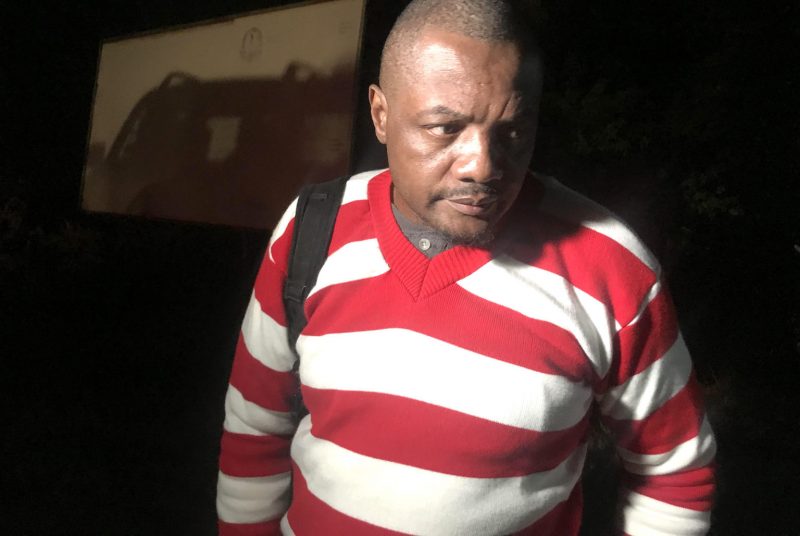 JOURNALIST Hopewell Chin’ono has finally been granted $20 000 bail by High Court judge David Foroma after languishing in remand prison since January 8 this year.

Foroma ruled that on top of $20 000 to be deposited with the clerk of court “conditions in ACC 72/20, his other pending criminal case will apply in this current case”.

The journalist’s bail conditions require him to surrender his passport, to report to Highlands police station in Harare every Monday and Friday, to reside at his given address, and to surrender title deeds for a property he owns, according to court documents reviewed by CPJ.

Chin’ono is also required to stop using his Twitter account to “incite the holding of mass demonstrations” while on bail.

The journalist is being accused of publishing falsehoods against a Zimbabwe Republic Police officer who was recently erroneously said to have struck and killed a baby with a baton stick.

He was denied bail by Harare magistrate Lazini Ncube who ruled that the scribe was likely to re-offend since he committed the offence while on bail for two other offences.

But the journalist maintained that Ncube misdirected himself in making that finding.

During his appeal, Chin’ono, through his lawyer, Harrison Nkomo, told the judge the police lied that there was overwhelming evidence against him.

Nkomo said that alone were not sufficient grounds to deny one bail because no compelling reasons were given to support the claim.

“For that ground to be relevant, there should be overwhelming evidence of an existing charge. The court should consider whether the charge he is facing exists. In this case it is non-existent,” said Nkomo.

The lawyer went on to submit that the Act was struck down in a Constitutional Court ruling in the case of Chimakure and others versus the Attorney General.

“If a Statutory provision is declared unconstitutional and struck off by the apex court, it is dead and should never see the light of day. As such, the magistrate denied him bail on a wrong finding,” Nkomo said.

He also argued that the magistrate erred in finding out that he is likely to re-offend because his pending criminal cases are not similar in nature.

However, the state told court that evidence against Chin’ono was overwhelming as they have managed to download his posts and also meet the mother of the baby which Chin’ono allegedly said was fatally assaulted by a police officer.

“The child in question is alive.

“It is apparent that the alleged offence was committed whilst Chin’ono was on bail over two other pending charges and the offences are similar in that they have to do with communication through social media thus proving propensity,” said the state.

Outside court, Chin’ono claims his continued prosecution amounted to persecution for his resolve to spotlight on the current Zanu PF regime’s excesses.