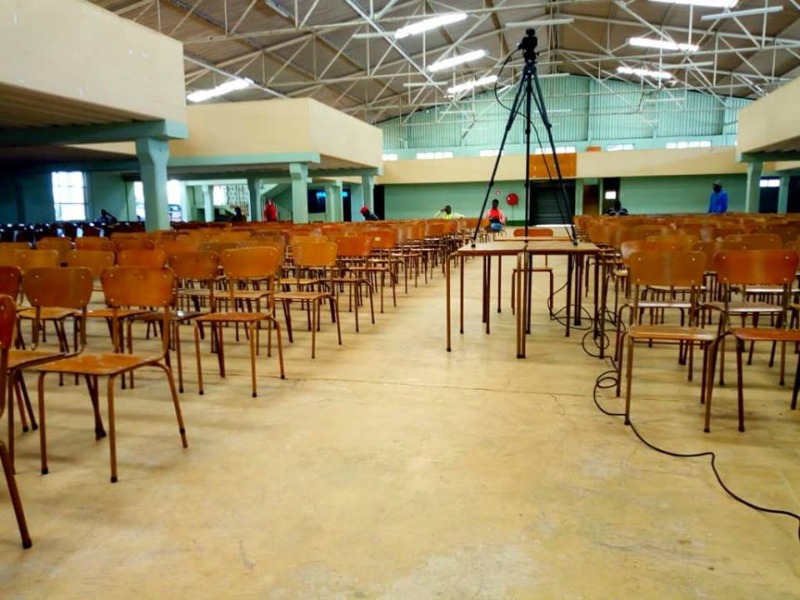 THE MDC-T Thokozani Khupe faction had to call off their Harare Manifesto launch after less than 30 people attended the occasion with the party’s secretary general blaming the low turnout on intimidation from the rival Nelson Chamisa faction.

Khupe did not come to the hall with her officials saying she is safe somewhere in a hotel.

Addressing a hurried press conference at Dandaro Bar while drinking Viceroy with journalists treated to a plate of sadza and a drink, Nyikadzino said their members took precaution not to come after they were threatened by Chamisa’s supporters.

“It is because of the influence that has been perpetuated by some of our leaders who say they are leaders yet they are not leading us,” Nyikadzino told reporters.

He added, “The Nelson Chamisa cabal, so to speak, stopped most our members from coming to this launch by perpetrating political violence in different constituencies and areas in order to send a wrong signal that we don’t have people yet we have people.”

“Our launch in Bulawayo and our congress in Bulawayo was a testimony in itself that we are a political party that is supported by the majority of the people of Zimbabwe national, regionally and internationally.”

I am quite sure that if you have been on social media you would have seen our unparalleled support that we have even in the diaspora in terms of the people who support our agenda,” claimed Nyikadzino.

“And we are the only party after the ruling to launch its manifesto to give to the people what we want and what we believe is the best for the people of Zimbabwe.”

Nyikadzino also told the journalists that the party leadership was supposed to meet their aspiring candidates contesting in the forthcoming general elections only for the Chamisa-led vanguard to stop them.

“The same way Nero (Chamisa) so to speak usurped power when the deceased president of ours was he was still in the mortuary is the same manner he has just done it again,” he said.

“He is simply taking away power from the people and I want to announce this officially the launch of our BEST manifesto has been postponed indefinitely so that we are able to deal with housekeeping issues in our party.”