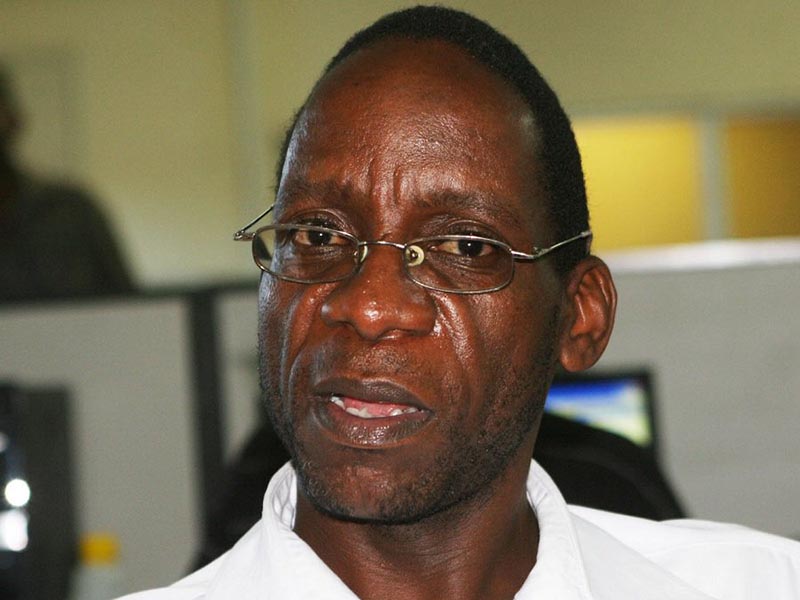 The MDC-T held its extra ordinary congress (EOC) at the Harare International Conference Centre (HICC) to elect a replacement to late founding president Morgan Tsvangirai who died in 2018.

However, the voting process on the day was marred by accusations of vote rigging before Khupe, and other presidential candidates, Elias Mudzuri and Morgen Komichi walked out of the venue in protest.

She then approached Madhuku seeking the law professor’s legal opinion on how the MDC-T should proceed following Sunday’s skirmishes.

However, in his legal opinion shared early Wednesday, Madhuku maintained Khupe had no right to stop the MDC-T extraordinary congress and she no longer yielded the powers to suspend Mwonzora as she was also a candidate in the election.

“As head of the legal team that has been representing the MDC-T in various legal challenges that arose from implication of the Supreme Court judgment, I believe it is my professional duty to offer legal opinion below in the light of differences that appear to be emerging among leaders of your party,” Madhuku wrote in letter addressed to the MDC-T national standing committee.

“At the very least, the business of electing a president lawfully started when the independent electoral body, with the concurrence of all delegates and the four candidates, conducted the first vote by the delegate who voted first.

“As soon as the voting process began under the direction of the independent electoral body, acting president (Khupe) became a candidate in the election of the president,” reads Madhuku’s legal opinion.

“Thereafter, she could neither cancel the EOC nor suspend the secretary-general who was also a candidate in the same election.

“It is now settled in law that an office-holder who is conflicted cannot exercise any of the powers that attach to the particular office to the extent to which the exercise of that power would involve a conflict of interest.

“As the voting process could not have been stopped by the acting president (given the conflict of interest pointed above), at law, the voting at the EOC on 27 December, 2020 was never stopped.

“Because the voting was never stopped, the results announced by the independent electoral body are presumed to be valid. They enjoy a presumption of validity.”

Madhuku said only the independent electoral body or a competent court which is not the Supreme Court could have stopped the congress, not Khupe.

“Any candidate in the election or any member of the MDC-T is entitled to approach a competent court to challenge either the validity of the extra ordinary congress itself or the conduct of the election of the president.

“The Supreme Court is now out of it because of the presumption of validity I have referred to above. However, until there is an order of court to the contrary, Douglas Mwonzora is the President.”