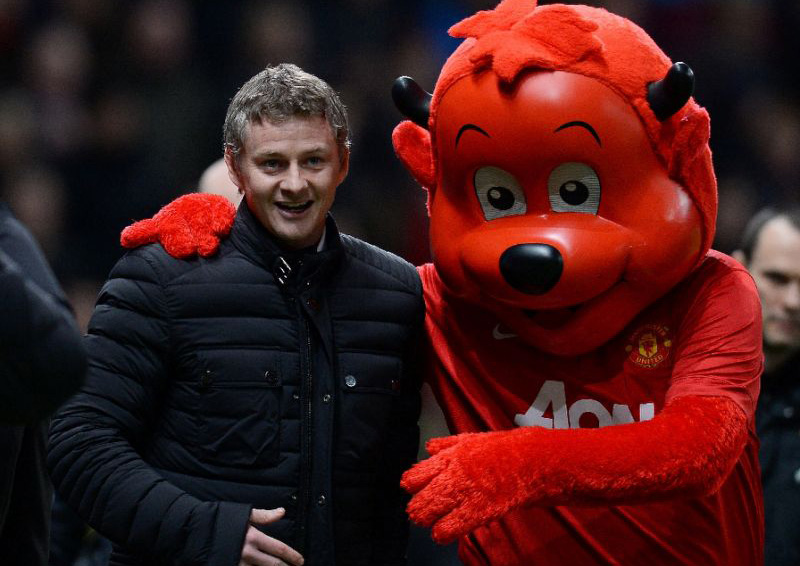 OLE Gunnar Solskjaer was on Wednesday named as Manchester United’s caretaker manager until the end of the season following the sacking of Jose Mourinho.

The former United striker will take charge of the first team with immediate effect and will remain in place while the club looks for a new full-time manager.

Mourinho was axed on Tuesday after just two-and-half years in charge at Old Trafford, with the 20-times English champions languishing in sixth place in the Premier League, 19 points behind leaders Liverpool.

Solskjaer, 45, will be joined by Mike Phelan as first-team coach, working alongside Michael Carrick and Kieran McKenna.

“Manchester United is in my heart and it’s brilliant to be coming back in this role,” said the Norwegian. “I’m really looking forward to working with the very talented squad we have, the staff and everyone at the club,”

Executive vice chairman Ed Woodward said: “Ole is a club legend with huge experience, both on the pitch and in coaching roles.

“His history at Manchester United means he lives and breathes the culture here and everyone at the club is delighted to have him and Mike Phelan back.

“We are confident they will unite the players and the fans as we head into the second half of the season.”

United appeared to accidentally announce the appointment on their website on Tuesday, with a video posted on the club’s official website celebrating Solskjaer.

A video of him scoring the winner for United in their 1999 Champions League final triumph against Bayern Munich was accompanied with the headline ‘The most famous night of Ole’s career’.

Solskjaer joined United as a player from Molde in 1996 and was part of Alex Ferguson’s team that won the treble of the Champions League, Premier League and FA Cup in 1998/99.

He scored 126 goals in 366 appearances for United between 1996 and 2007 and in 2008 he became the club’s reserve-team manager, before taking the managerial role at Molde in Norway.

The Norwegian’s first game in charge of Manchester United will be Saturday’s trip to former club Cardiff.

Solskjaer managed the Bluebirds between January 2014 and September 2014, failing to stop them being relegated from the Premier League, returning to Molde in 2015.

Speaking moments before Solskjaer’s appointment was made official, former United first-team coach Rene Meulensteen warned it would be a huge job for the Norwegian.

“It would be a good choice in terms of the fact that they want to bring back some of the spirit that was at United in the time of Sir Alex Ferguson, and Ole Gunnar Solskjaer was a big part of that,” he told Sky Sports News.

“In that respect I can understand they were looking for a candidate who can live up to those expectations.

“If they do decide for Ole and Ole decides to accept then again it is a big ask for everybody. But I think in the short term it would be a good choice to make.”

Molde have confirmed that Solskjaer will return to the club in May, with chief executive officer Oystein Neerland saying they are happy to “lend” their coach to United.

Tottenham manager Mauricio Pochettino and former Real Madrid boss Zinedine Zidane are among the bookmakers’ favourites to take the United job on a full-time basis at the end of the season.