When she could afford a smile...Joanna Mamombe
Spread This News

EMBATTLED MDC Alliance MP, Joanna Mamombe and two party activists were seized from the hands of their lawyers Wednesday to face fresh charges of faking their abduction.

Mamombe, Cecilia Chimbiri and Netsai Marova in May claimed they were abducted by state security agents who later drove them out of Harare to subject them to acts of both physical and sexual abuse.

They later spent weeks under police and prisons guard while recovering for injuries sustained, at a Harare private hospital.

The three also face charges of violating the country’s lockdown regulations through a flash anti-government demonstration they staged in Harare’s Warren Park suburb earlier on the day of their alleged abductions. 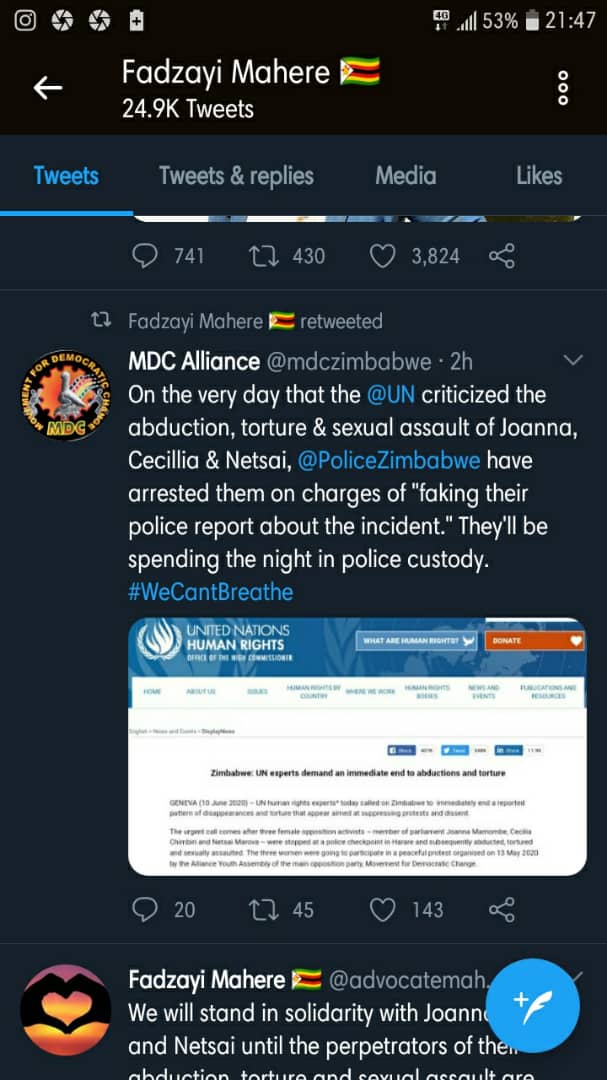 President Emmerson Mnangagwa and his ministers have claimed the opposition activists.