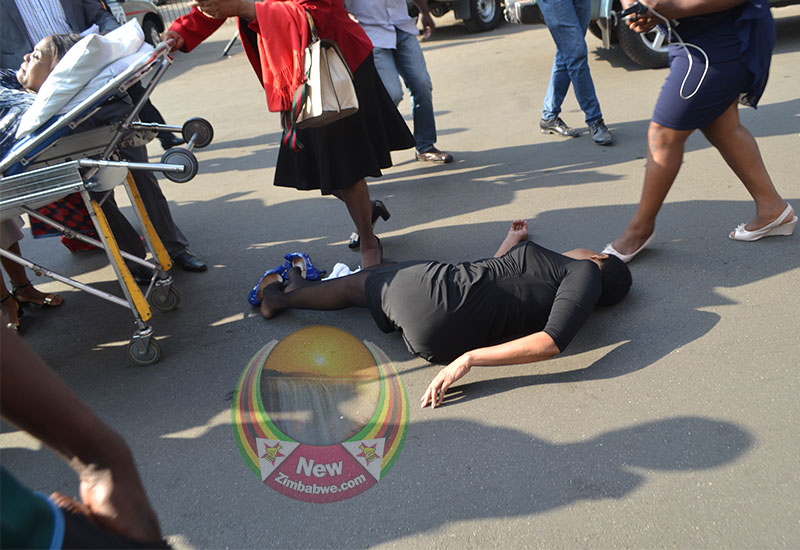 THERE was drama at Parliament during Thursday’s 2019 budget presentation when the Speaker ordered opposition MDC legislators out of the House, resulting in clashes with the police as the MPs refused to leave.

One legislator was injured during the clashes and, as the MPs were trying to take her to an ambulance, party chairperson Tabitha Khumalo collapsed on the street.

Khumalo and her colleague were then bundled into a waiting ambulance and taken to hospital.

The MDC legislators did not stand up with the rest of the House as president Emmerson Mnangagwa entered for the presentation of the 2019 budget by finance minister Mthuli Ncube.

Speaker Jacob Mudenda then ordered the opposition MPs to leave the House. They refused to budge resulting in the police being summoned to force them out.

Meanwhile, outside Parliament building more riot police were summoned, including one water cannon along with the emergency services – an ambulance and one fire brigade truck.

The opposition legislators later emerged from the building, helping along an injured colleague. They were defiant, saying they were not obliged to show Mnangagwa respect because he did not win the elections.

The MDC has refused to accept its defeat in the July 30 elections, accusing the Zimbabwe Electoral Commission (ZEC) of manipulating the results in favour of Mnangagwa and his Zanu PF party.

MDC chief whip Prosper Mutseyami who said that Khumalo and Lynette Karenyi were admitted at a local hospital added that what speaker of parliament Jacob Mudenda did was illegal.

“What the speaker did is coming from his wisdom not the procedures of parliament.

“Being beaten will not stop us from representing the people who voted for us,” said Mutseyami. 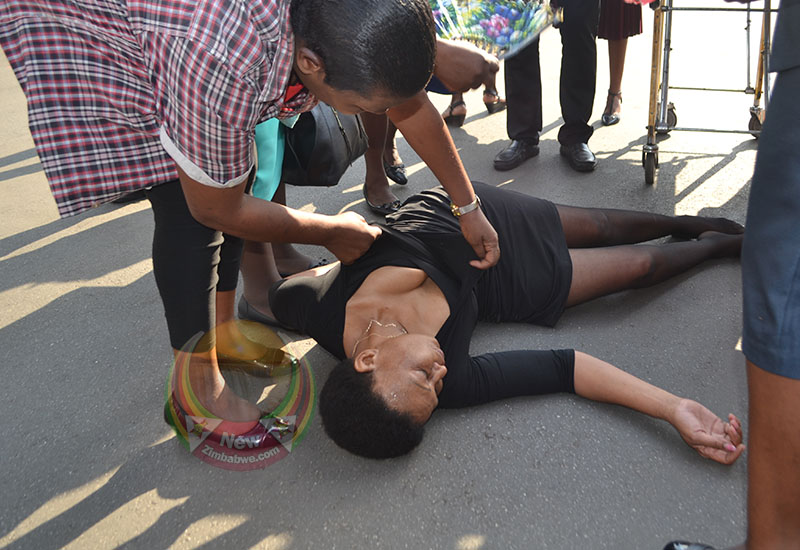 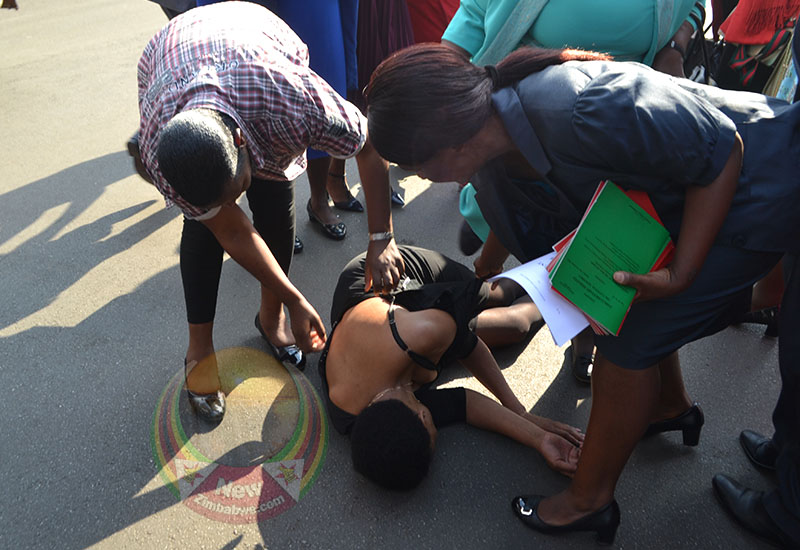 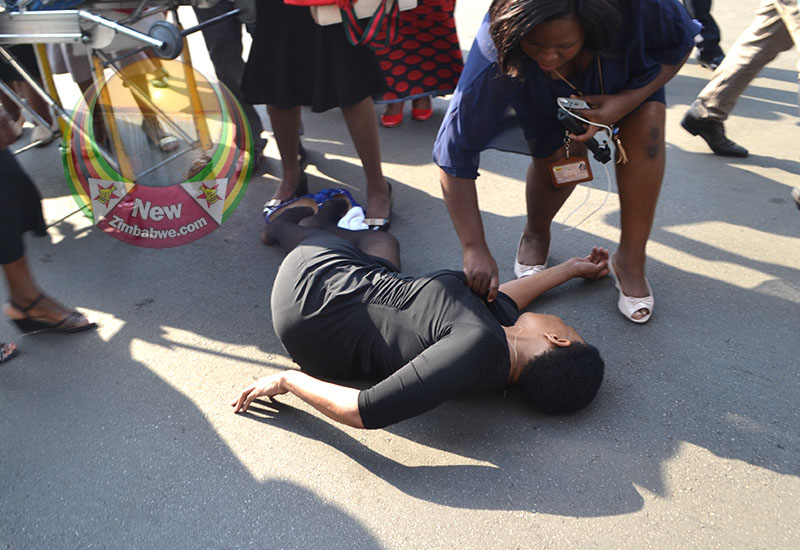