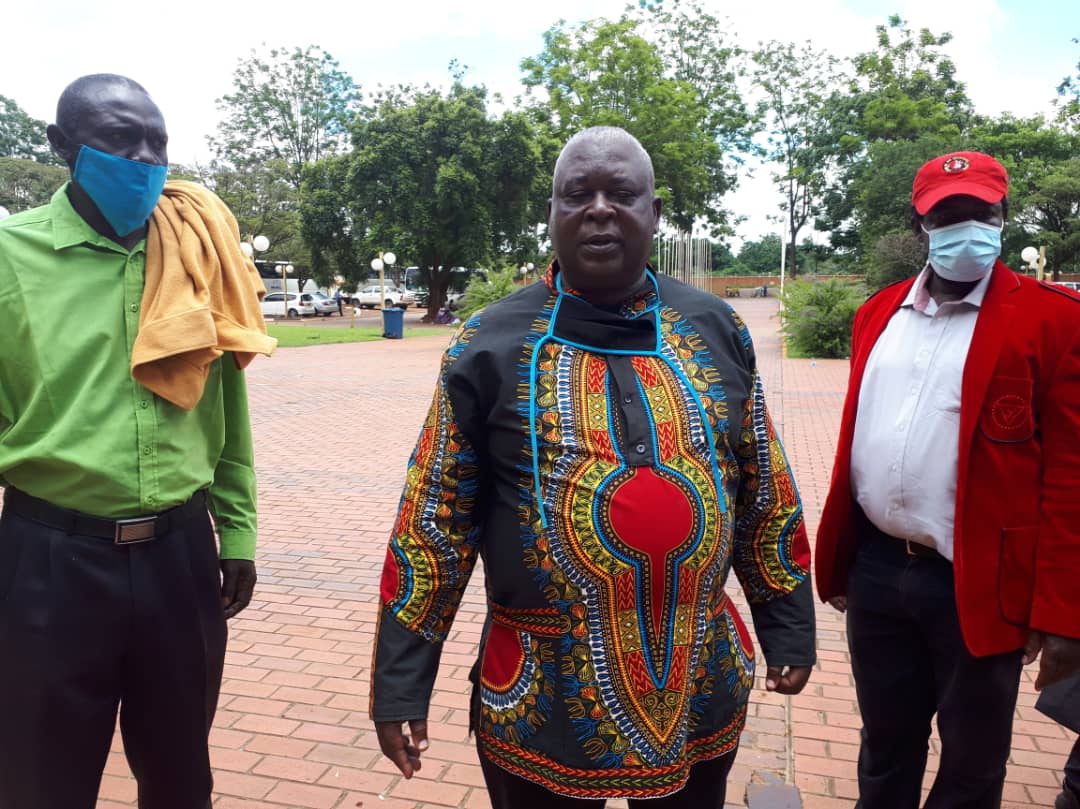 This is a sham election...Elias Mudzuri
Spread This News

MDC-T presidential aspirant Elias Mudzuri Sunday walked out of a party extraordinary congress election after the process degenerated into chaos amid allegations of vote rigging by opponents to secretary general Douglas Mwonzora.

The election was set to find a substantive leader to succeed the party’s late founding president Morgan Tsvangirai.

Mudzuri, like other candidates Thokozani Khupe and Morgen Komichi, were protesting against a voters’ roll that was being used after it was allegedly ‘smuggled’ in by fellow contestant, Mwonzora.

Sweating elections agents could be seen pushing and shoving each other with near fist fights and obscenities being exchanged.

It all started in the morning when the first delegates from Bulawayo province found at the verification process that their names were missing and the process degenerated into chaos with near fist fights.

The MDC-T security personnel then tried to push the media out of the auditorium albeit without any success as most of the journalists were streaming the event live to the worldwide audiences.

However, Mudzuri, Khupe and Komichi protested, arguing the journalists must be left alone to expose the rot that was taking place.

Speaking to NewZimbabwe.com, soft spoken Mudzuri said this was a stage-managed election with one candidate seemingly determined to win at all costs.

“Contesting candidates should win fairly and take the MDC-T party forward, but the world has seen that someone was determined to wrestle power at all cost,” Mudzuri said.

“How can people who were not on the voters roll be allowed to vote and openly shouting the name of their preferred candidate.

“Some of the delegates could be heard shouting Dougie, Dougie in reference to the party secretary general who was also contesting.”

All hell broke loose when it was time for Manicaland province delegates to vote.

At that time, Khupe, Komichi and Mudzuri could have none of it as they protested that the province should have fewer members of the 2014 structures allowed to vote.

“MDC-T have been turned from being a democratic party to a mobocracy party. How can people sing a candidate’s name during election,” Mudzuri protested.

“We are back to what we have been fighting for, stealing elections and one imposing themselves as the people choice.

“I will respect an outcome where eligible voters are freely allowed to choose a candidate of their choice.

“This is a sham election.

“Smuggled and hired voters who were not part of the 2014 structures coupled with funds looted is the order of the day here.

“I will not endorse such a process.”

An angry MDC founding member and MDC-T Harare province interim chairperson Cephas Makuyana said as a party, they had failed.

“This is not an election. Even burial society elections are done in a better manner. We have run elections from labour movements, but I bow my head in shame,” he openly told the aspiring candidates.

Voting was still underway way into the night.