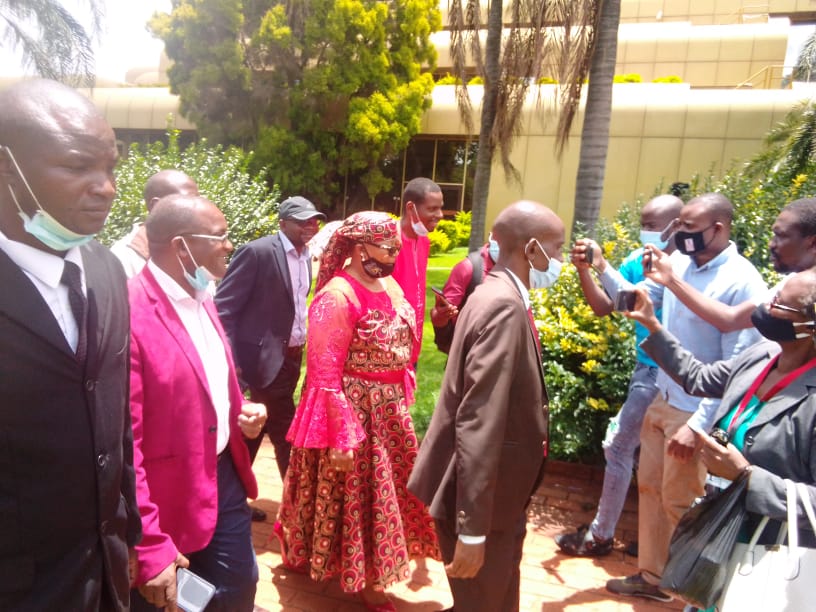 Mwonzora’s arrival at the venue was greeted by excited cheering by supporters.

The opposition official had occasion to walk the grounds at the hotel, waving at ecstatic followers.

In some few hours, the Mwonzora was set to contest interim party leader Thokozani Khupe and top party politicians Elias Mudzuri and Morgen Komichi for president.

Except for Mwonzora whose support was visible judging by the number of followers chanting his name, the other candidates have kept a low profile.

The MDC-T extraordinary congress was ordered by the Supreme Court in March this year following a party leadership wrangle ignited by the death of founding opposition leader Morgan Tsvangirai February 2018.

Speaking earlier in an interview, Mudzuri expressed confidence he would win the election, suggesting his opponents paid money to hire people to come and cheer them.

He said those chanting his opponents’ names were people who were not going to vote anyway.

“The delegates who are going to vote are quiet. They are just seated waiting for the time. These are just campaigning for their candidate,” Mudzuri said.

“I am best candidate to win and I’m confident.”

Mwonzora, on his part, also said expressed confidence he was winning but accused opponents of waging a smear campaign linking him to the embezzlement of party funds.

He denied the claims.

Mwonzora said if he won the party presidency, he was going to work with both Zanu PF and his former allies in MDC Alliance to improve the lives of all Zimbabweans.

He added, “We are happy that the MDC Alliance has not sought to disturb our congress. It’s a plus on their part.”

Meanwhile, congress delegate Isabel Mwonzora was unequivocal in claims her father was best suited for the MDC-T top job.

“Mwonzora is the only one who can fit into Morgan Tsvangirai’s shoes. He has delivered the constitution in 2013, he has brought back Harvest House to the party, he has also delivered on the finances from government under the Political Finance Act,” Isabel said.

“Zimbabwe is for everyone. We must be able to tolerate each other regardless of political differences. We expect him (Mwonzora) to work with Zanu PF for the good of the country.