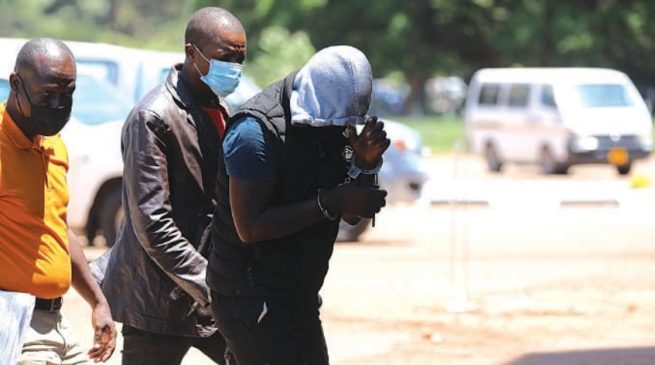 IN a new twist to the Chadcombe shootout in Harare, the police have revealed the former CID Homicide detective, Joseph Nemaisa’s residence was wrongly targeted by the suspected armed robbers.

Following investigations, police said the robbers had Monday planned to raid the home owned by a local businessman, about five houses from Nemaisa’s residence after receiving intelligence on cash transactions from a worker.

The worker, Shine Tanaka Nyamhunga (21) has since been arrested.

Nyamhunga was working hand-in-hand with Tariro Gora a commando soldier who was shot dead in the gunfight on the day.

In a statement, police Assistant Commissioner Paul Nyathi said: “Comprehensive police investigations have revealed that Nemaisa’s family was a case of a wrong target as Shine Tanaka Nyamhunga (21) had given his accomplices some information on some cash transactions by a company where he is employed.

“He told his accomplices that the money is kept at his employers’ house in Chadcombe. The employer stays about four to five houses away from Nemaisa’s residence. The attack on Nemaisa’s residence is, therefore, a case of mistaken identity, or target as Shine Tanaka Nyamhunga was in constant touch with Tariro Gora, with a view of having his employer targeted by the armed robbers.”

Nyathi added: “The suspects are now linked to five counts of armed robbery which occurred in Marondera, Belvedere, Hatfield, Cold Comfort, Mabelreign in Harare where property worth more than US$52 300 was stolen.”

Takura appeared in court Thursday and was remanded in custody while Nyandoro is yet to be brought before the court.