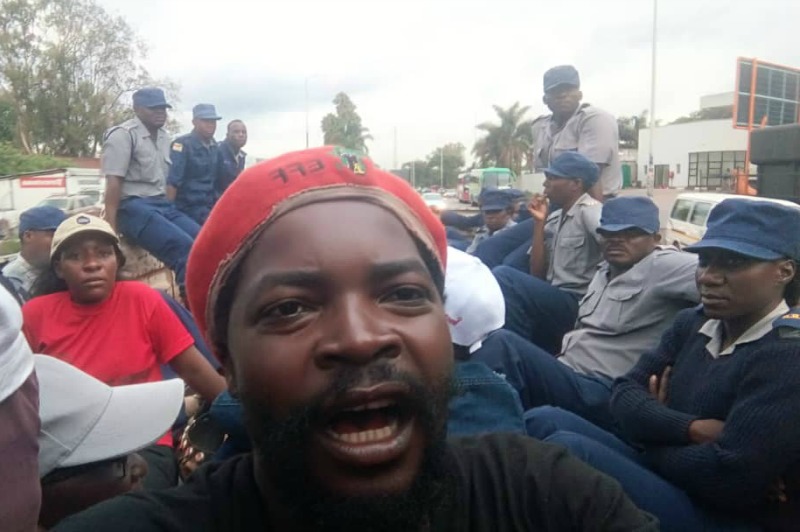 ANTI-RIOT police on Monday arrested some nine leaders of the militant Amalgamated Rural Teachers Union of Zimbabwe (ARTUZ) during a demonstration to press for better wages at the Africa Unity Square in Harare.

The union group leaders were taken to Harare Central Police Station where their fate was still to be known Monday afternoon.

The defiant unionists are demanding for US dollar wages from government, the payment of their full 2018 bonuses and better working conditions.

Pro-democracy group, Crisis in Zimbabwe Coalition (CiZC) condemned the arrest saying the action was contrary to the dictates of the national constitution which provides for peaceful demonstrations.

“Crisis in Zimbabwe Coalition notes with concern that the government, instead of addressing the concerns of its workers, has turned brutal against suffering civil servants and the ordinary citizens.

“Such a militant approach can only serve to worsen the situation in the country.

“Zimbabwe’s constitution guarantees the right to demonstrate peacefully and as CIZC we are disturbed by the flagrant violation of workers’ rights by the government,” said CiZC.

It is the third time inside one month that the leaders from the same teachers union have been arrested by police on similar reasons.

They were arrested in Macheke and Ruwa inside a week last month after they staged a brave 275KM march from Mutare to Harare to press for a living wage.

Government has pledged to attend to the teachers’ grievances but has ruled out any prospects of paying its giant workforce in foreign currency.